While it seemed like a promising match, rescuers knew there was still a chance that the mother dog would reject the puppies that weren’t hers.

MINNETONKA, Minn. - When a litter of orphaned puppies suddenly needed a caregiver after their own mother passed away from seizures, the rescue Secondhand Hounds had the perfect match — a mama dog who had lost her own litter of puppies just five days earlier after they were born premature.

“She’s been a mom before, many times, so we can only assume she was confused. A little worried,” Seconhand Hounds wrote in a Facebook post. “She was still full of milk.” 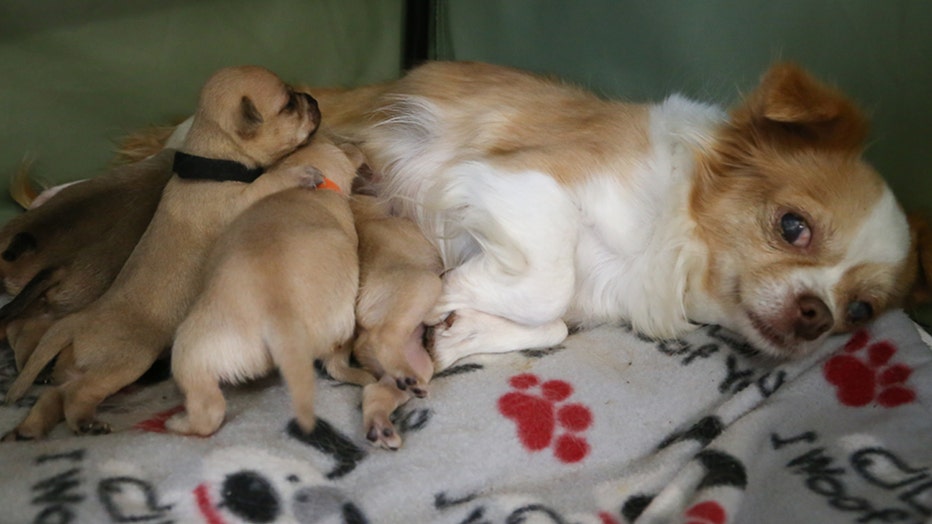 A mother dog at Secondhand Hounds Rescue whose litter of premature puppies passed away became the adoptive mother of a litter of orphaned puppies. (Courtesy of)

At two weeks old, the orphaned puppies were not self-sufficient eaters yet — puppies require a mother, whether canine or human-surrogate, until they are fully ready to eat on their own at about eight weeks.

“Our bottlefeeders were willing, but nothing compared to being with a mom,” Secondhand Hounds wrote. 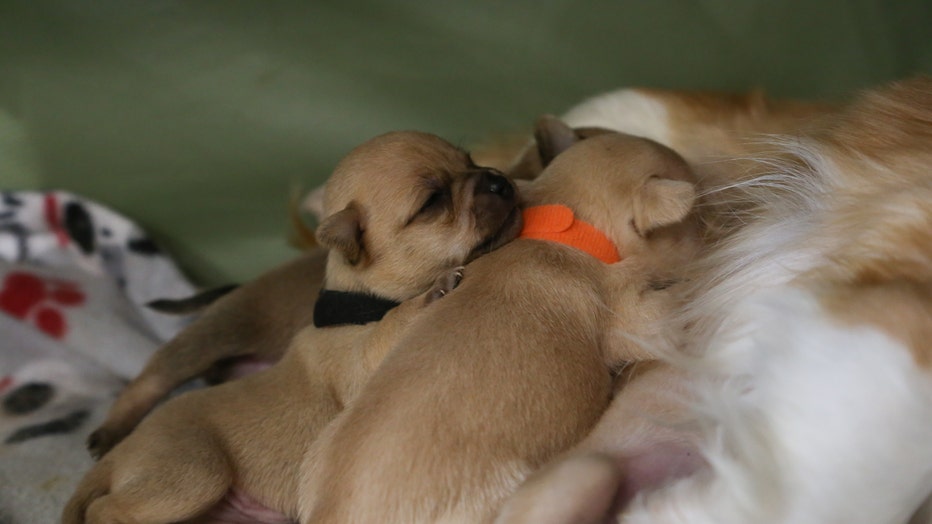 While it seemed like a promising match, rescuers knew there was still a chance that the mother dog would reject the puppies that weren’t hers.

“Introducing puppies to an adoptive mom is always a toss up,” Secondhand Hounds wrote. “Some mommas smell other puppies and immediately decide not to accept them.” 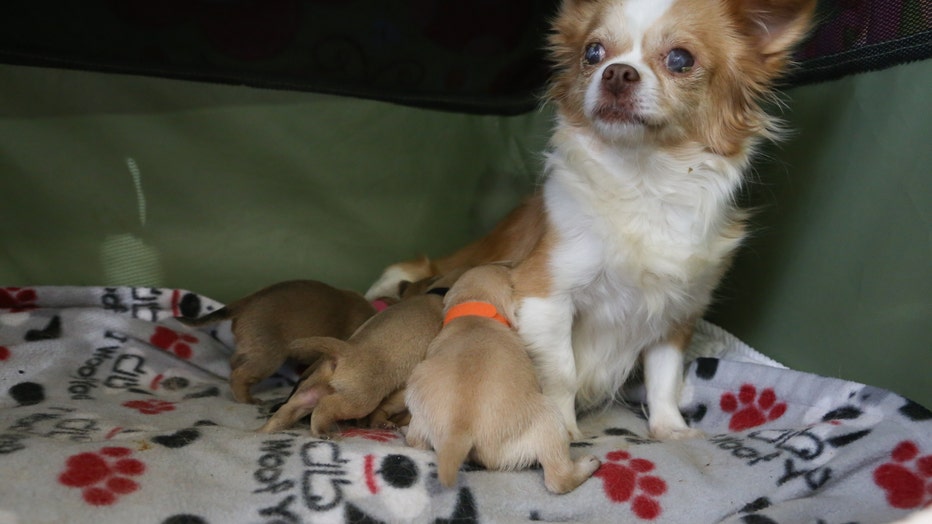 But when the mother dog was finally introduced to the orphaned pups, rescuers knew it was a match made in heaven.

“You would have thought we gave her the 5 best presents ever,” Secondhand Hounds wrote. “She started cleaning them. Letting them nurse. She dutifully snuggles them and counts them and love them.” 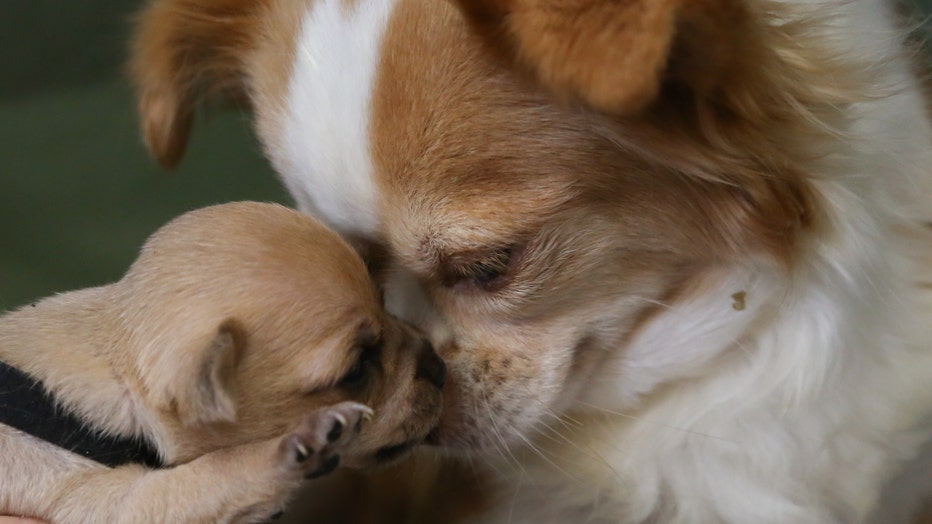 “They are her puppies now,” Secondhand Hounds concluded the post. “And our hearts are overflowing.”Many of the rescue’s followers were elated to see the happy ending for both parties. 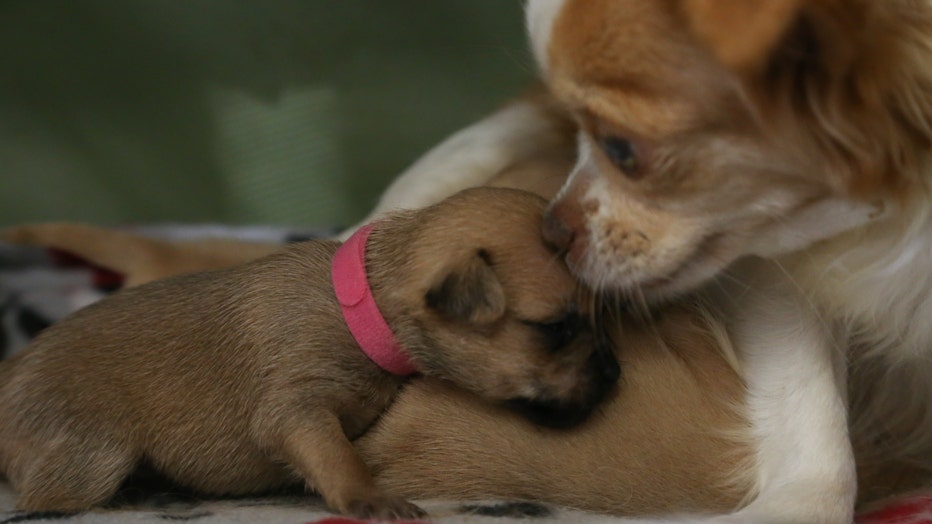 “We literally don’t deserve dogs!! Bless this momma and her unconditional love!!” one person wrote.

“This is absolutely heartwarming!! What an incredible momma!! Oh, what we humans could learn from our furkids,” said another. 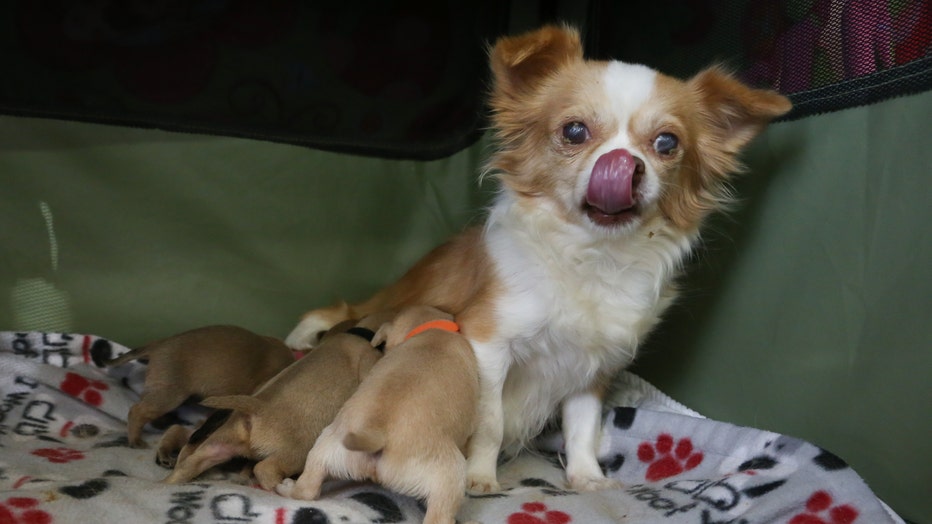 One mother said it reminded her of her own story, and noted the significance of this occurring during November.

“My baby boys were all 3 premature, my two youngest passed away from their prematurity. The redemption and hope in adoption made me overflow with love and joy. My daughter is the greatest gift I could have received after the loss of my two sons. What a special story and during national adoption month,” she wrote.