They bonded over diving: Father, daughter from Los Altos among those who died aboard Conception

Raymond 'Scott' Chan, a Fremont high&nbsp;school teacher, and his 26-year-old daughter, Kendra, both of Los Altos, died and are among the victims of the&nbsp;dive-boat that caught fire off the Ventura County coast on Monday.

FREMONT, Calif. - Raymond 'Scott' Chan, a Fremont high school teacher, and his 26-year-old daughter, Kendra, both of Los Altos, died and are among the victims of the dive-boat that caught fire off the Ventura County coast on Monday.

"He had a lot of passions in life and shared them with his family, and so they were planning on doing a great vacation and a trip that they loved," said Kim Wallace, Fremont Unified School District superintendent.

“Right now, it’s a combination of just shock and disbelief and some numbness,” said Vicki Moore.

Moore is mourning the death of her partner of 35 years and her first-born child. She said the father and daughter were avid scuba divers and had been diving together for years. The two took at least two boat trips to the Channel Islands a year.

On Tuesday, Moore was heading home to Los Altos. She had given authorities a cheek swab of her DNA. Samples will be used to identify the victims.

"You don't expect to have a child that dies before you," said Moore. I can barely talk about my husband, but frankly, it's even harder when it's your own child."

On Friday night, she dropped off Scott Chan, 59, at the Santa Barbara Harbor. They met Kendra Chan there, who lived in Oxnard. Moore intended to pick them up on Monday.

Moore had met Scott Chan at Stanford. He was an electrical engineer in Silicon Valley for 20 years.

Chan taught physics at American High School in Fremont for the past two years.

"The students and the staff are in complete shock, as were we when we heard of the news," Wallace said.

Classes just started only last Wednesday, and news of the teacher's death after the Labor Day weekend was upsetting to many on campus.

"We have counselors on site, we have the ability for people to just reach out and talk to each other and share their grief," Wallace said.

One of Chan's students was a 2019 U.S. Physics Olympiad qualifier. Students who make the U.S. team compete in an international physics competition.

Kendra Chan had just turned 26 years old. She was a wildlife biologist with U.S. Fish and Wildlife Service in Ventura.

"I was so proud, so proud of her and all that she was doing," said Moore. "She was absolutely an amazing young woman." 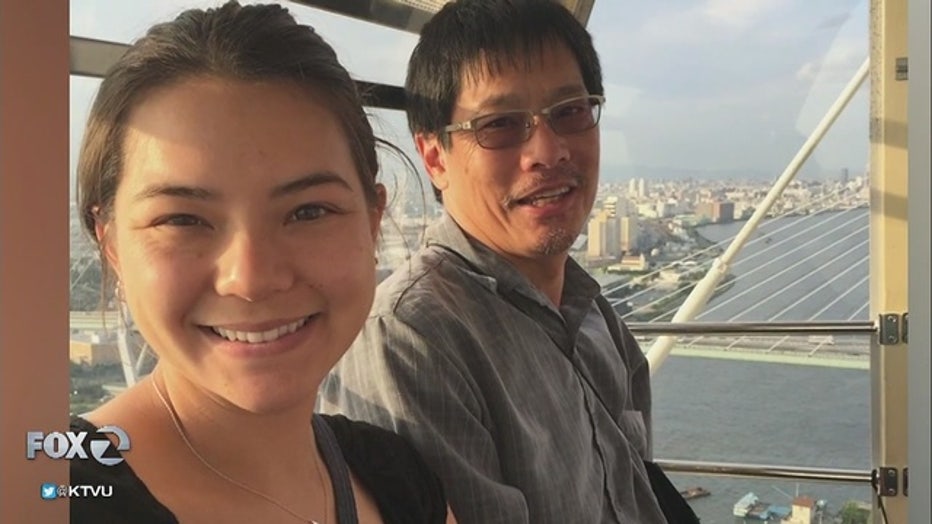 And many in the close-knit dive community are struggling to come to terms with what happened.

"The community’s in total shock, being such a small group, and to have that many divers taken all at once is a tragedy," said Charles McKinven, manager of Pacific Scuba Divers in Sunnyvale and a dive instructor.

McKinven said he believes two of his regular customers were also among the victims.

"They're very experienced divers," McKinven said. "They’re in here on a regular basis, been diving for years in this area. I believe they go down to Southern California and do those Channel Island trips at least once or twice a year.”

He said he's been on the boat that was involved in the tragedy.

"I'd equate it to, the bunk room would be similar to something you’d see on a train, and it’s three tiers of bunks, or it’s two tiers depending on which level you’re at," McKinven said. "But that’s on the lower level of the boat."

He said the victims may not have known what was happening.

"If you’re like most divers, you’ve been diving four to five times that day, by the time you go to bed, you're tired. I honestly think most of them probably didn’t even know what was going on."

The family had been on the boat Conception many times before. As questions mount over safety, not once did Moore think a fire would occur.

“I think this was an anomaly, at least I sure hope it was,” said Moore. “I’ve never heard of this type of thing before.”

As the family awaits official confirmation from the coroner’s office, they are now working on funeral arrangements