Seventy-eight years after the attack, here is a look back at the timeline of events that led up to the Japanese bombing of Pearl Harbor on Dec. 7, 1941.

HONOLULU - When the Japanese bombed Pearl Harbor, killing 2,400 Americans and injuring an additional 1,200, it became one of the worst attacks ever carried out on American soil.

“Since the War of 1812, no foreign power had carried out so devastating an attack on American soil, and virtually all Americans reacted to this one with shock, disbelief, and outrage,” wrote University of Maryland historian Gary Gerstle.

On the 78th anniversary, here is a look back at the timeline of events that led up to the Japanese attack on Pearl Harbor. 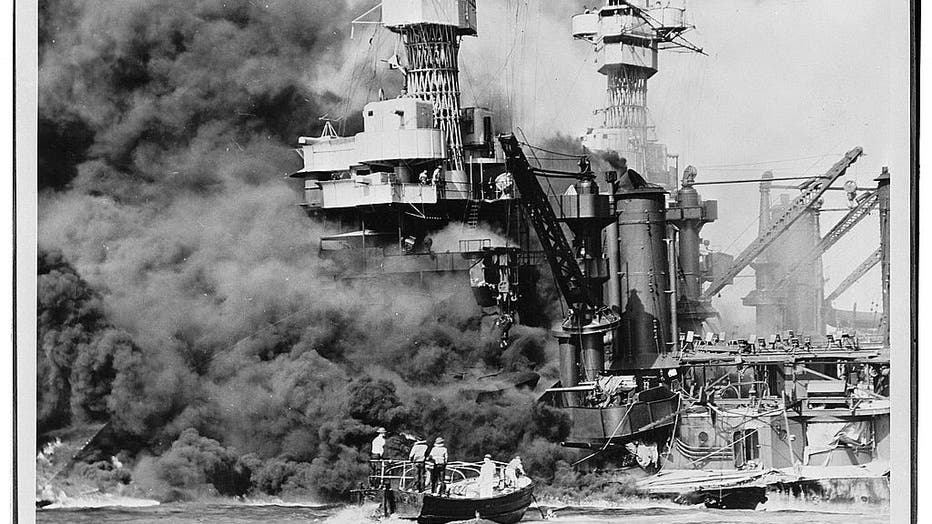 A small boat rescues a seaman from the 31,800 ton USS West Virginia burning in the foreground. Smoke rolling out amidships shows where the most extensive damage occurred. Note the two men in the superstructure. The USS Tennessee is inboard (U.S. Navy via Library of Congress)

July: In an attempt to halt Japanese military expansion in Asia, the U.S. imposes trade sanctions and then an embargo on oil, which reduced Japan's oil imports by 90 percent. This effectively crippled Japan's ability to push on in offensive war efforts in the long term.

September: The U.S. cracks the Japanese code and begins decoding all diplomatic messages.

Jan. 27: After learning of Japanese plans to carry out a surprise attack on Pearl Harbor, U.S. ambassador to Japan Joseph C. Grew wires Washington with the information, but no one believes him. Senior U.S. military experts believe any potential attack would be carried out in Asia.

November: Japan sends Ambassador Kichisaburo Nomura to Washington as a special envoy to discuss potential diplomatic solutions with the U.S.

Nov. 16: Japanese submarines depart for Pearl Harbor in preparation of a possible attack.

Nov. 26: A final attempt at diplomacy on the part of the Japanese is rejected by President Franklin D. Roosevelt. Japanese aircraft carriers and escorts depart for Pearl Harbor in response.

Nov. 27: President Franklin D. Roosevelt issues a war warning for the Pacific, which is largely ignored in Hawaii.

Dec. 6: U.S. intelligence decodes a crucial message pointing to the next morning as a deadline for an undetermined Japanese action. The message is delivered to Washington high command more than four hours ahead of the attack on Pearl Harbor, but the message is not forwarded to U.S. commanders in Honolulu.

Dec. 7, 7:02 a.m. local time: Two U.S. radar operators identify large groups of aircraft in flight toward the island of Oahu from the north. Because they were expecting a flight of B-17s from the U.S. any moment, they do not sound an alarm.

The attack lasts for two hours and 20 minutes.

When the attack is finally over, 18 ships and more than 300 aircraft have been destroyed or damaged. More than 2,400 Americans were killed, and an additional 1,200 wounded. 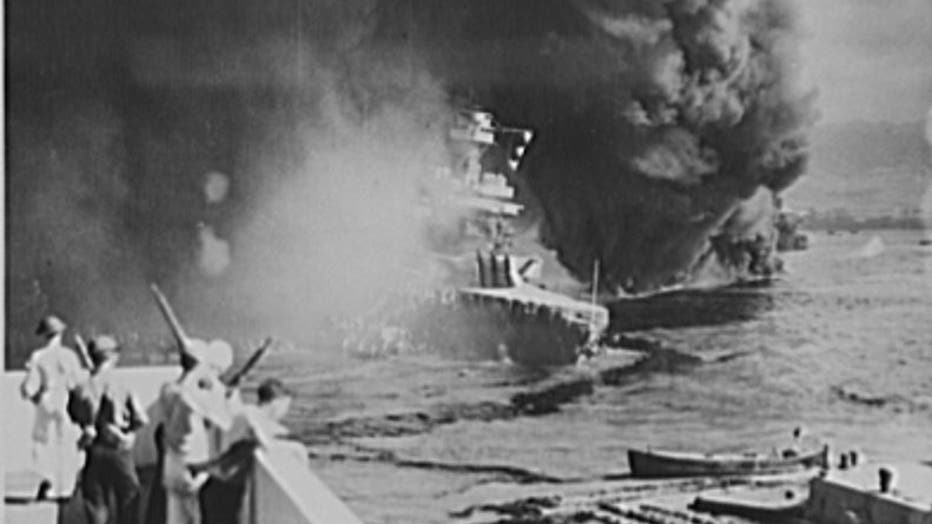 The U.S.S. California is hit during the Japanese attack on Pearl Harbor. (U.S. Navy via Library of Congress)

Dec. 8: President Roosevelt addresses Congress, and his address is broadcast via radio to the American public. Roosevelt asks Congress for a declaration of war against Japan, which Congress approves. 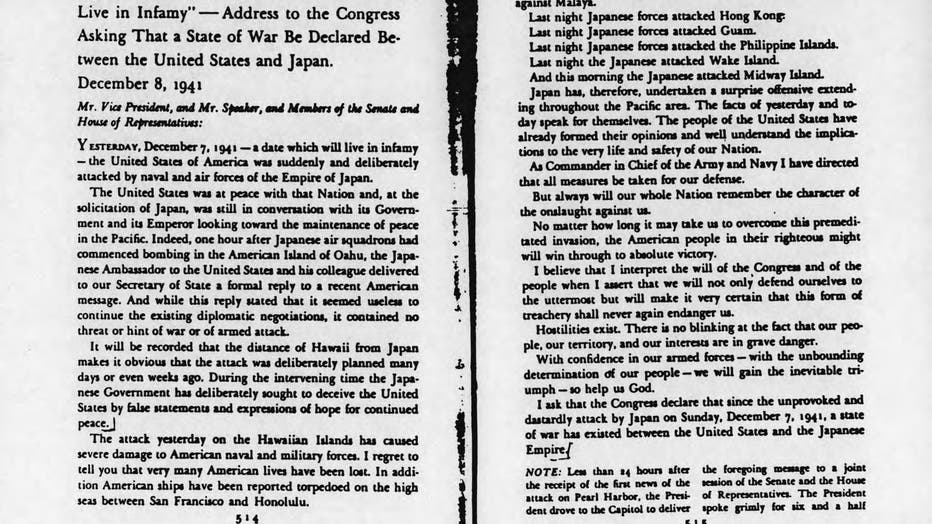 Speech by Franklin D. Roosevelt to Congress on Dec. 8, 1941. (Library of Congress) 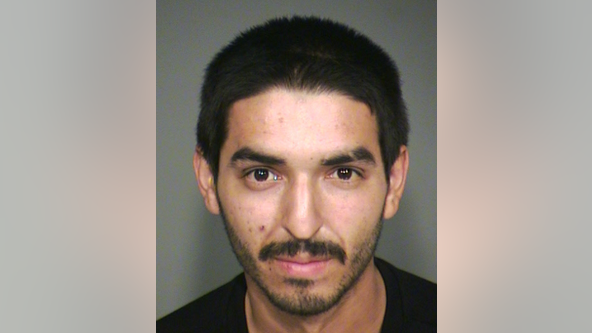