Texas Department of Transportation numbers emblazoned on the side of the truck link it to a small company in the Rio Grande Valley. But the company says the driver is not one of its employees. They say they are victims of "truck cloning," when someone else steals DoT numbers in order to skirt law enforcement.

DALLAS - Newly-revealed details show how the smugglers who drove migrants into Texas likely pretended to be drivers for a legitimate company.

The death toll has now climbed to 51 after dozens of migrants were found dead inside of a hot 18-wheeler near San Antonio Monday afternoon.

Gov. Greg Abbott is expected to speak Wednesday afternoon about the discovery of smuggled migrants found dead in an 18-wheeler.

It's unclear if he'll provide answers about how that truck got across the border and whether the migrants were in the truck prior to crossing.

It turns out the smugglers may have been using a technique where the smuggling truck was masked as a legitimate freight truck.

The abandoned 18-wheeler was first noticed by a city worker Monday evening when they heard a cry for help. 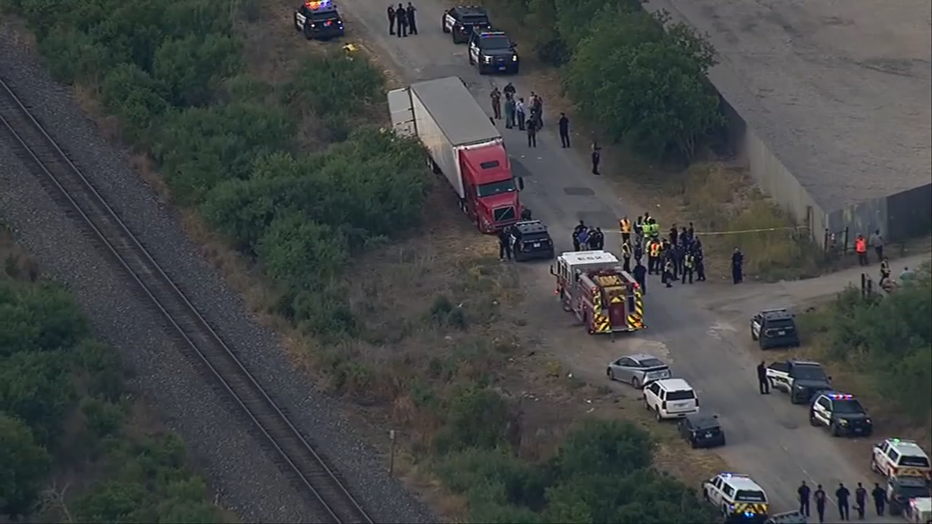 LATEST: Death toll rises to 51 after migrants found in abandoned tractor-trailer in Texas

Inside, there was a horrible discovery: 51 undocumented migrants dead in what’s likely the deadliest tragedy involving migrants smuggled across the border from Mexico.

The driver of the truck and two others were arrested, according to Congressman Henry Cuellar, who represents the area.

Texas Department of Transportation numbers emblazoned on the side of the truck link it to a small company in the Rio Grande Valley. But the company says the driver is not one of its employees.

The owner’s son told FOX 4 over the phone that the truck isn’t theirs either.

"We had nothing to do with that tragedy," he said.

Betancourt says the company is the victim of "truck cloning." That’s when someone else, usually a smuggler, steals Dept. of Transportation numbers in order to skirt law enforcement.

"It angers me that somebody did this to those people, and it angers me they got me involved in this," he said.

Betancourt shared a picture with FOX 4 of their actual truck with the same numbers on the side, but he says it’s not in San Antonio. 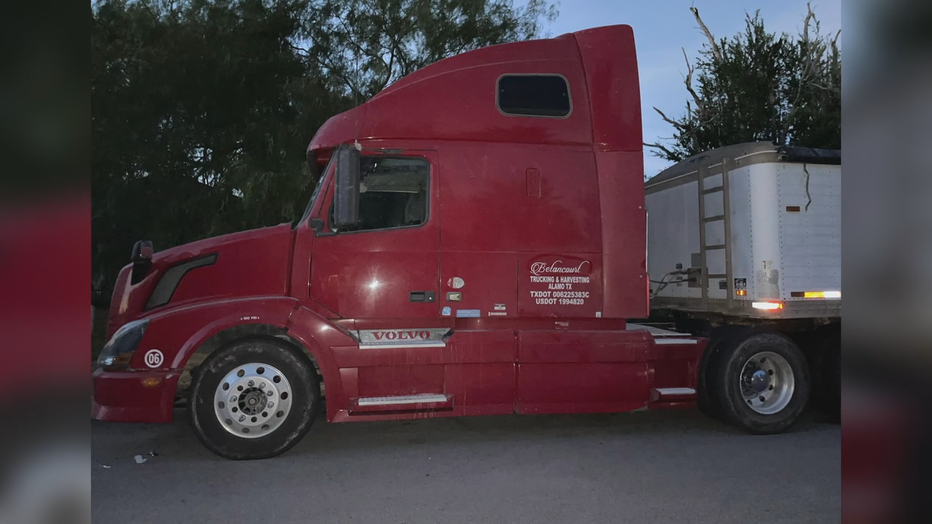 "It’s been running loads of grain all week since last Friday," he said. "I am pretty sure we can get video of my truck going in and out of the unloading location."

Betancourt says his company owns refrigerated trucks, but the one where the migrants were found did not have any working AC.

Temperatures were in the triple digits. The victims inside that truck didn’t have access to water. Many of the surviving victims suffered from extreme dehydration and heat stroke.

And while Betancourt tells FOX 4 that he doesn’t know anyone personally who’s also fallen victim to truck cloning, it’s not uncommon.

Last August, Homeland Security took a driver and ten migrants into custody in Arizona. They were inside a "cloned" U.S. Border Patrol vehicle. The driver wore a fake uniform.

As for the investigation, we know the victims came from Mexico, Guatemala and Honduras.

The medical examiner will work to fully determine causes of death, and authorities will work to identify the victims.

Officials said it’s hard to identify ages, but they believe some of the victims are teens.

"Some of them are under the age of 18, but we have to ask you to understand what we have in material there to try and identify individuals cannot be perfectly matched to the individual," said Bexar County Asst. PIO Tom Peine.

The last time something like this happened in San Antonio was in 2017 when ten migrants died in a truck parked at a Walmart.

As for the trucking company that says its information was stolen, the family says they have not been contacted by law enforcement, but they want to publicly say they had nothing to do with the incident.