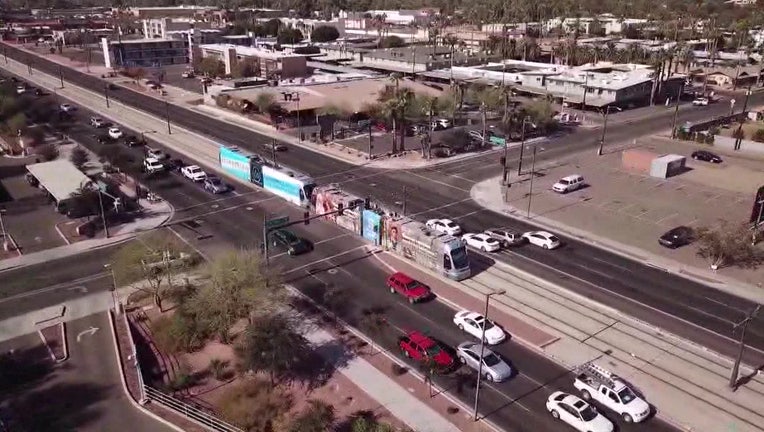 PHOENIX - President Donald Trump says the Federal Government will pitch in on a light rail project in the Valley.

In a tweet made Thursday afternoon, President Trump said the United States Department of Transportation will commit $100 million to Valley Metro for a 5.5-mile light rail system.

While the tweet did not identify the project by name, Valley Metro officials say the METRO Light Rail's South Central Extension project will consist of a 5.5-mile route, with nine new light rail stations to be built.

According to Valley Metro's description, the South Central Extension will run along Central Avenue, between McKinley Street in Downtown Phoenix to Baseline Road. A new hub will be created on 3rd Avenue, which will connect to a future light rail project that aims to connect Downtown Phoenix with a park-and-ride facility on 79th Avenue.

The South Central Extension has faced opposition in recent years, with some South Phoenix residents raising concerns over its impact on traffic along Central Avenue. In 2019, enough signatures were gathered for an anti-light rail expansion measure to be put on the ballot.

The measure, which would have stopped the South Central Extension and other extension projects, was defeated in an August 2019 special election.

Under current plans, Valley Metro officials say the South Central Extension Project should be complete by 2024.