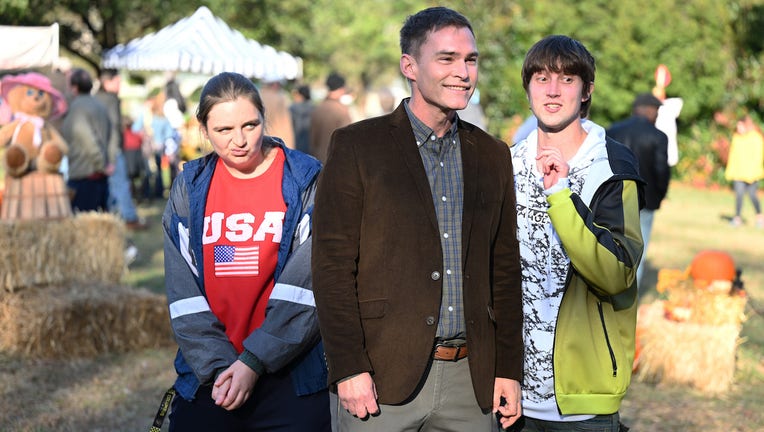 Austin, TX - Just how weird does life get in a small town? That’s the question at the heart of "Welcome to Flatch," the new mockumentary series from creator Jenny Bicks ("Sex and the City") and director/executive producer Paul Feig ("Bridesmaids," "The Heat").

The setting: Flatch, Ohio. Population 1,526. The premise: FOX has sent a documentary crew to explore what life is like in a small town and why so many Americans are longing for a simpler life there. The result: Oddball hilarity with a heaping side of heart.

The first seven episodes of "Welcome to Flatch" are currently streaming on Hulu for all your bingeing needs, but new episodes will air weekly on FOX, starting with the Mar. 17 premiere. Our recaps will also run weekly, starting... now. 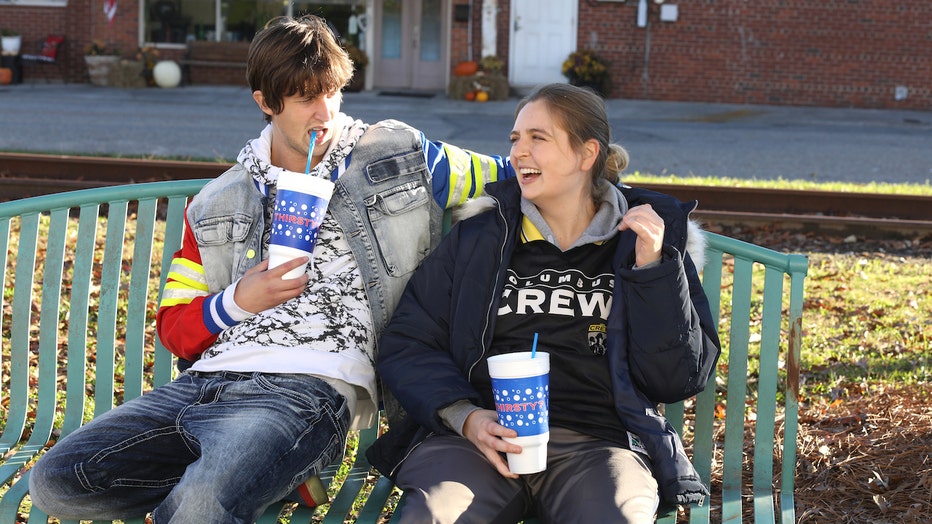 The crew’s main subjects are Kelly Mallet (Holmes) and Lloyd "Shrub" Mallet (Sam Straley), slacker cousins and best friends whose idea of a good time is putting a slushie in the middle of the road so a bus runs over it (Classic). They’re the definition of aimless, but they’re also pretty darn sweet too. They’ve come up with a perfect system for sharing a box of Dunkin' Donuts Munchkins — she takes the chocolate and butternut ones while he inhales the less popular cinnamon ones. ("I like the underdog," he explains.)

But they’re far from the only colorful characters in residence. There’s also well-meaning Joseph "Father Joe" Binghoffer (Seann William Scott), a recent arrival in Flatch after the church relocated him to the small town from Minneapolis eight months ago. ("Yeah, bit of change," he admits.) Though he’s technically a Reverend, Kelly and Shrub started calling him "Father Joe" and he just went with it. After all, sometimes he feels like their proud, concerned dad.

Also new to Flatch: His ex-girlfriend Cheryl Peterson (Aya Cash), a former reporter from the Star Tribune who moved to town with Joe — only for him to dump her because he "needed space to focus on the church." By that point, Flatch had already grown on Cheryl, however, and she’s now the editor of the Flatch Patriot, which has a circulation of 535 (and rising!). "So, it all worked out," she enthuses before a smash cut to her crying in her office. 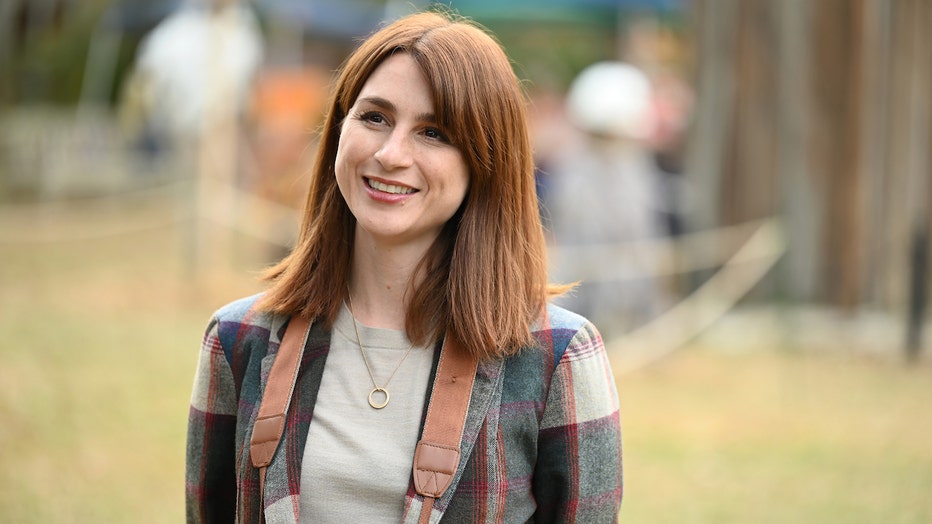 Another devoted Flatchian: Exuberant Mandy "Big Mandy" Matthews (Krystal Smith), who sings the praises of life in Flatch, even as she warns the documentary crew not to stay at Norma’s B&B, where "the Bs stand for bedbugs."

The main plot of this premiere centers on Flatch’s annual Scarecrow Festival — the biggest and best day of the year. ("Studies show a strong correlation between the celebration of small-town traditions and community happiness," onscreen text informs us.)

Shrub has his eyes set on winning the scarecrow-making contest. The winner gets a hot air balloon ride and a front-page spot on the Flatch Patriot, which he’s sure will impress his long-time crush Beth (Erin Bowles), a deadpan co-ed back on break from her first semester of cosmetology school. In fact, Shrub’s spent the past three months working on his proportionally correct scarecrow. 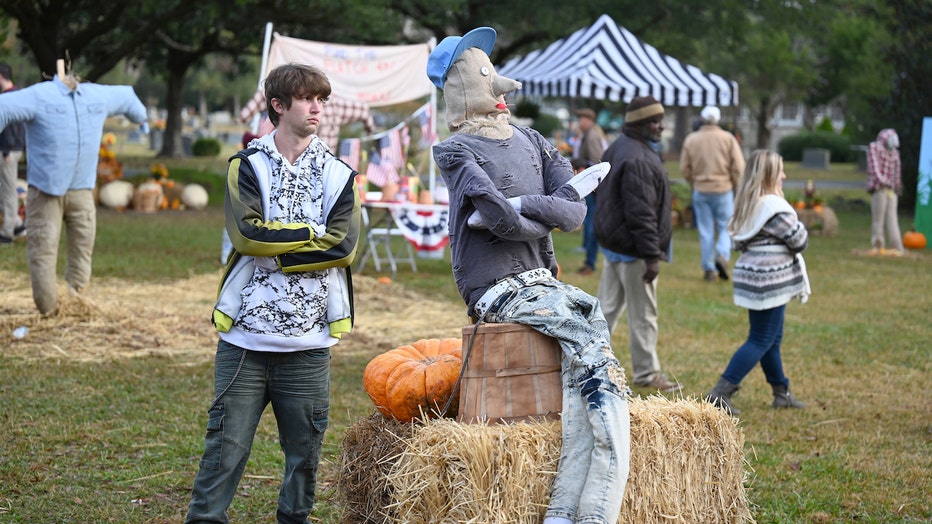 Kelly, meanwhile, is focused on the skillet toss, which her dad won seven years in a row before he blew his knee out. She’s determined to get the Gold Skillet back in the family, and it’s here where "Welcome to Flatch" starts to weave in just a touch of pathos to its sunny comedy.

It quickly becomes clear that neither of the Mallet cousins has a picture-perfect home life. Shrub’s dad drank so much beer he was nicknamed "Busch," which is how his son became known as "Shrub" (a.k.a. little bush). Busch left when Shrub was just a baby, however, which is perhaps part of the reason Shrub currently has some anger issues, which bubble to the surface after a mix-up causes him to lose his prime vote-grabbing spot in the scarecrow competition.

Kelly’s dad, meanwhile, is still in town but too busy with his new wife and baby to spend much time with her. Nevertheless, she still idolizes him as her hero, which lends a melancholy edge to her desperate attempts to impress him at the skillet toss.

Seems like a good thing Father Joe has taken a special interest in the Mallet cousins after all. 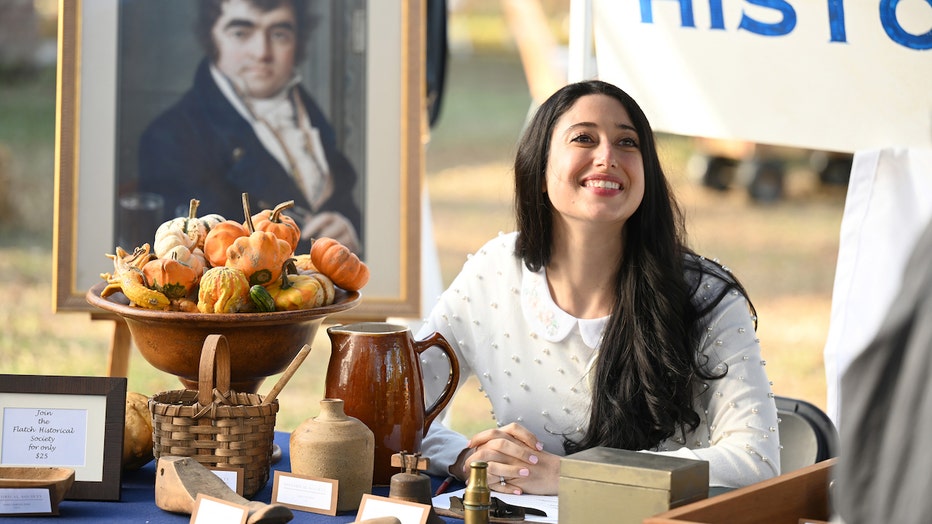 The Scarecrow Festival also introduces us to Kelly and Shrub’s respective enemies — or maybe friends? Or maybe both?

Nadine Garcia-Parney (Taylor Ortega) is a put-together know-it-all who brags that she and Kelly used to be best friends in the second grade before their different levels of drive and achievement caused them to drift apart. Now she’s got a perfect husband and a perfect baby — and a not-so-perfect job guarding the town’s historic latrine against being used as a porta-potty during the festival.

While Nadine seems just a touch irredeemable (at least so far), there’s a little more hope for Mickey St. Jean (Justin Linville) a sweet, caring, crypto-loving nerd whose biggest crime is being a little too eager to be friends with Shrub. 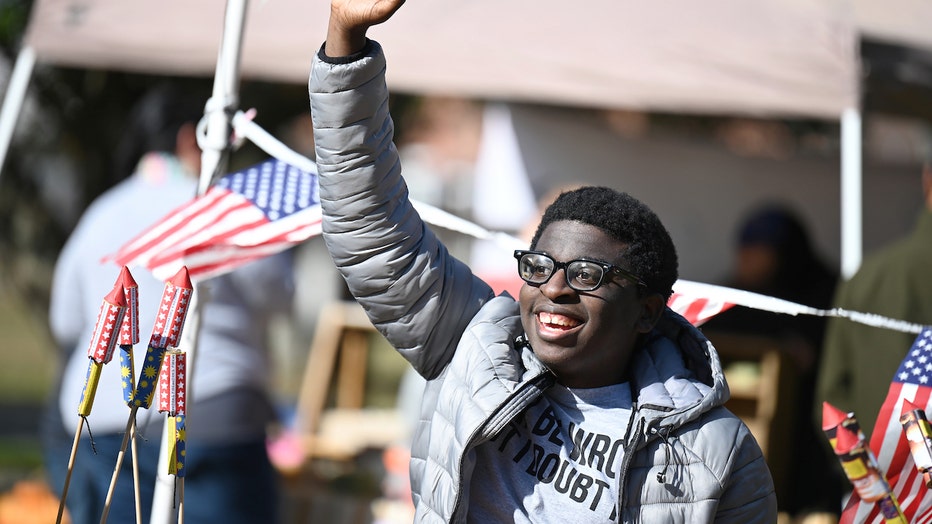 Still, considering Shrub regularly comes over to his house to play video games, maybe his instincts aren’t so off after all.

In the end, this premiere takes a "you win some, you lose some" approach that seems like it’s going to be the defining ethos of "Welcome to Flatch."

Kelly biffs it on the skillet toss, accidentally kneecapping a guy in the crowd when she gets distracted by her dad mid-toss. (Nadine wins while no one is watching.) Only it turns out the guy Kelly hit is actually a creeper her dad had been meaning to punch himself, so she didn’t totally embarrass the family after all. "You got a good arm, kid," Kelly’s dad praises — although he doesn’t quite go so far as to give her the hug she clearly wants.

Shrub, meanwhile, winds up getting disqualified from the competition for bribing voters with free vegetables (from someone else’s farm). And he takes out his anger by setting the scarecrow displays on fire. But what seems like it could be a crisis quickly becomes a celebration as the flames set off all the fireworks at the festival’s fireworks booth.

The makeshift display wows the crowd, and Shrub gets his spot in the newspaper after all... on the third-page police blotter: "Local man fires up festival."

"Welcome to Flatch" airs Thursdays on FOX. The first seven episodes are also currently available to stream on Hulu. Recaps will run weekly.

Stream a sitcom (for free!) on Tubi

Green Acres (1966): You might already know the theme song, but there’s no time like the present to check out this beloved odd-couple sitcom about a hotshot lawyer who leaves Manhattan behind to live on a farm with his cosmopolitan wife. Rated TV-G. Two seasons streaming on Tubi. Featuring Eddie Albert and Eva Gabor.

Staged (2020): We wouldn’t go so far as to call this David Tennant/Michael Sheen meta-comedy the only good "pandemic show," but it’s certainly one of the best — if only because it accurately captures the surreality of those early months better than any well-meaning drama ever could. But even if it weren’t so good, "Staged" would still be a can’t-miss series for two reasons: its parade of deadpan guest stars (Samuel L. Jackson! Dame Judi Dench!) and David Tennant’s many headbands. So many headbands. Rated TV-MA. Two seasons streaming on Tubi. Also featuring Georgia Tennant and Anna Lundberg.