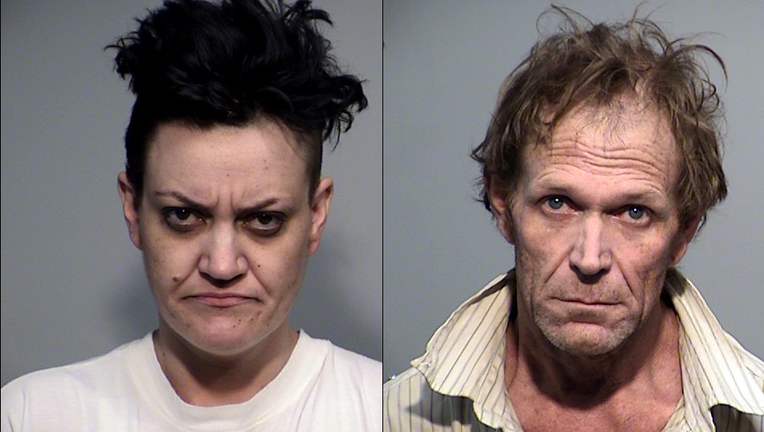 COTTONWOOD, Ariz. - Two people were arrested in Cottonwood after a traffic stop led a K-9 officer to find meth and marijuana in their car, the police department said.

On Sunday, July 5, police say Mark Lyons, 52, and his passenger, Jacqulyn Nicewander, 35, were stopped for several moving violations while driving a 1996 Dodge Dakota near South Main and East Cherry streets.

K-9 officer Kratos conducted a drug sniff and after a search of the car, officers say they found about 13 grams of meth and a "usable amount" of marijuana.

Officers say there were packaging materials for the drugs "which are indicative to drug sales."

Nicewander was also booked into the Yavapai County Detention Center on suspicion of possession of dangerous drugs, drug paraphernalia and a misdemeanor warrant.

Both have since been released.