Volunteer mechanics are helping to retrofit the cars for battle.

A mechanic who made his living building paddle boats before the war in Ukraine began has shifted gears to help soldiers on the front lines.

Volunteers in Zaporizhzhia, in eastern Ukraine, are retrofitting old demolition derby cars to give to Ukrainian troops fighting against Russian aggression.

The volunteer told US-funded broadcaster Radio Free Europe/Radio Liberty that the cars are reinforced so they can hit other cars, and they’re replacing seats so soldiers can climb out of the cars faster.

A city council member in the region said the cars are useful for battle because they’re fast and "handle well."

"It’s a supercar," Mykhaylo Viktorovych said, according to a translation by RFE/RL. "We’ll win soon thanks to such cars and the guys who defend our borders."

Russia said to be using more deadly weapons in war 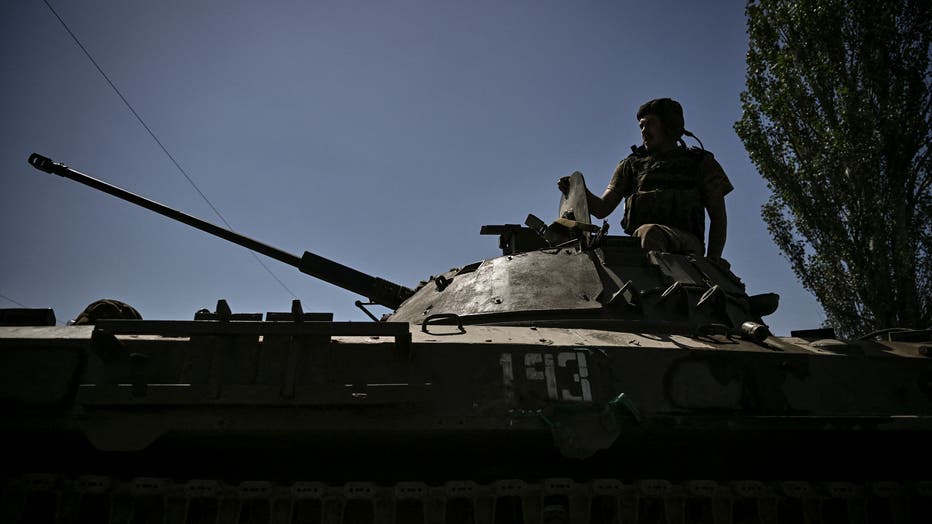 A member of the Ukrainian troops stands on an armored vehicle moving towards the front line in the city of Lysychansk in the eastern Ukraine region of Donbas on June 9, 2022 (Photo by ARIS MESSINIS/AFP via Getty Images)

Ukrainian and British officials warned Saturday that Russian forces are relying on weapons able to cause mass casualties as they try to make headway in capturing eastern Ukraine and fierce, prolonged fighting depletes resources on both sides.

Russian bombers have likely been launching heavy 1960s-era anti-ship missiles in Ukraine, the U.K. Defense Ministry said. The Kh-22 missiles were primarily designed to destroy aircraft carriers using a nuclear warhead. When used in ground attacks with conventional warheads, they "are highly inaccurate and therefore can cause severe collateral damage and casualties," the ministry said.

Russia is likely using the 5.5-tonne (6.1-ton) anti-ship missiles because it is running short of more precise modern missiles, the British ministry said. It gave no details of where exactly such missiles are thought to have been deployed.

As Russia also sought to consolidate it’s hold over territory seized so far in the 108-day war, U.S. Defense Secretary Lloyd Austin said Moscow's invasion of Ukraine "is what happens when oppressors trample the rules that protect us all."

"It’s what happens when big powers decide that their imperial appetites matter more than the rights of their peaceful neighbors," Austin said during a visit to Asia. "And it’s a preview of a possible world of chaos and turmoil that none of us would want to live in."