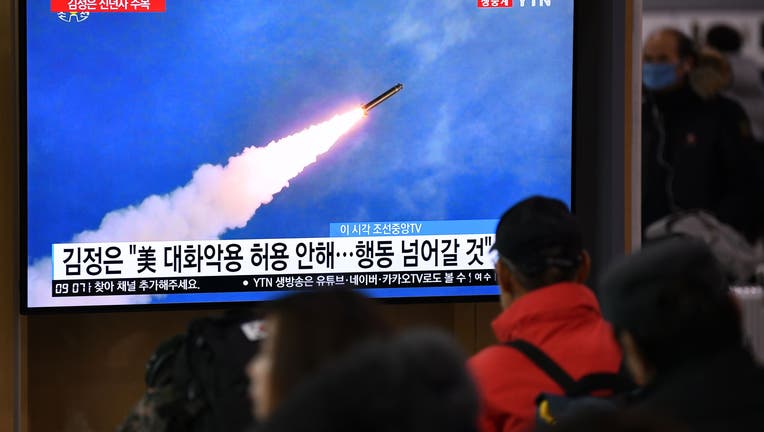 A confidential U.N. document seen by the Associated Press alleged that North Korea is continuing to add to its nuclear arsenal and has “probably developed miniaturized nuclear devices to fit into the warheads of its ballistic missles.”

The news comes despite the fact that Pyongyang has reportedly not conducted a nuclear test since September 2017.

The U.N. report added that one unidentified country determined that North Korea “may seek to further develop miniaturisation in order to allow incorporation of technological improvements such as penetration aid packages or, potentially, to develop multiple warhead systems.”

North Korea has also evaded sanctions through “targeted” cyber attacks against officials of countries on the U.N. Security Council and on members of its expert panel. They did not elaborate or identify which of the 15 council nations were targeted.

The panel’s report was issued as U.S. efforts to get North Korea to rein in its nuclear and ballistic missile programs remain stalled, with little prospect of a new summit between President Donald Trump and Pyongyang’s leader Kim Jong Un before the U.S. presidential election in November.

Trump and Kim have met three times since embarking on high-stakes nuclear diplomacy in 2018, beginning with their meeting in Singapore where they issued vague vows for a nuclear-free Korean Peninsula without describing when and how it would occur. But negotiations have faltered since their second summit in February 2019, where the Americans rejected North Korean demands for major sanctions relief in exchange for a partial surrender of its nuclear capability.

Last week, Kim said his country’s hard-won nuclear weapons were a solid security guarantee and a “reliable, effective” deterrent that could prevent a second Korean War.

The report was also issued amid the COVID-19 pandemic. Kim reaffirmed last month that North Korea has not has a single case of the coronavirus, though outsiders widely doubt the country escaped the pandemic entirely.

In response to the pandemic, U.N. experts said North Korea closed its borders and reduced but never fully halted its maritime shipments.

Shipments have now resumed and the panel said foreign-flagged tankers, including many that it identified in its March report, have continued to make illicit deliveries of refined petroleum products to North Korea through ship-to-ship transfers.

The panel said 43 countries sent a report to the panel “containing imagery, data and calculations covering the period from Jan. 1 to May 30, 2020.” The experts said the unnamed countries estimated that refined petroleum products delivered to North Korea during that period “already far exceeded” the annual ceiling of 500,000 barrels set by the Security Council for 2020.

In August 2019, the U.N. panel said North Korean cyber experts had illegally raised money for the country’s weapons of mass destruction programs “with total proceeds to date estimated at up to $2 billion.”