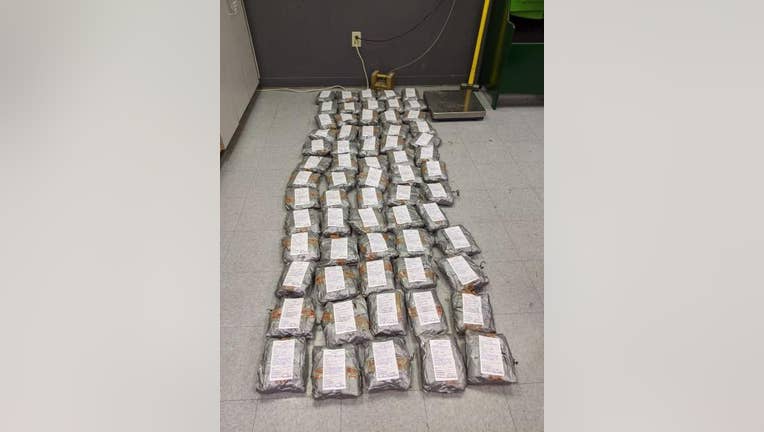 Over 165 pounds (75 kilograms) of suspected methamphetamine was seized after smugglers tried to float it across the border from Nogales, Mexico.

NOGALES, Ariz. (AP) - Smugglers tried to float over 165 pounds (75 kilograms) of suspected methamphetamine across the border by roping together dozens of packages and sending them through an underground drainage tunnel into Arizona, federal officials said Friday.

Border Patrol agents in Nogales on Jan. 17 arrested two Mexican men after they were seen retrieving the 70 packages and stuffing them into duffel bags in Nogales, Arizona, according to a U.S. Customs and Border Protection statement.

The packages were able to pass through a slotted barrier in the tunnel but were tied to one another so they would not freely float down the drainage system, the statement said.

Water in the drainage system flows northward into the United States from Nogales, Mexico.