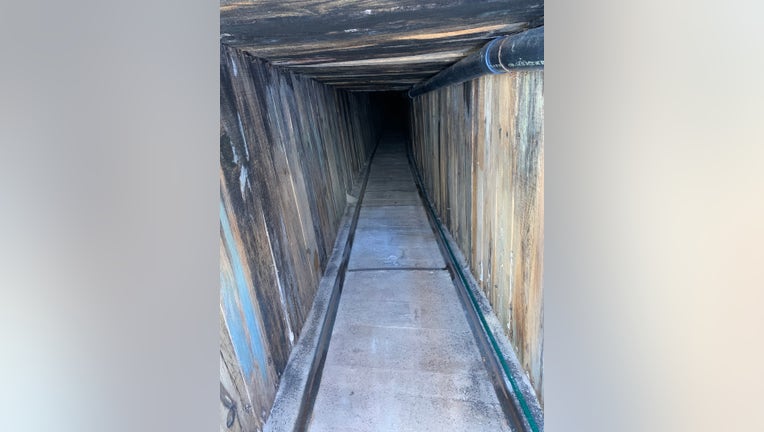 SAN LUIS, Ariz. - An incomplete tunnel found stretching from Mexico to Arizona appears to be “the most sophisticated tunnel in U.S. history,” authorities said.

The tunnel intended for smuggling ran from a neighborhood in San Luis Río Colorado, Mexico, to San Luis, Arizona, where it stopped short of reaching the surface. It was built in an area that’s not conducive to tunnels because of the terrain, and it had a ventilation system, water lines, electrical wiring, a rail system and extensive reinforcement, federal officials say.

“What makes this one unique is that the terrain in Yuma is very hard... the sand is very loose, and most of them end up caving. So the fact that the material was very well built and it had ventilation, it had water, it had a rail system with walls, roof, floor, electrical, makes this one a very unique type of tunnel,” said Angel Ortiz, assistant special agent in charge for Homeland Security Investigations in Yuma. HSI is a division of U.S. Immigration and Customs Enforcement.

Homeland Security Investigations started excavating around the tunnel in late July after someone reported a sinkhole near the border wall. HSI already had reports of potential tunnel activity in that area already, and the agency began drilling, Ortiz said. A camera was sent 25 feet (7.6 meters) underground, and the tunnel was discovered on Tuesday.

Investigators don’t know what exactly the tunnel would have been used for, since it was incomplete. They also don’t know how long it had been there, because they don’t know what kind of equipment was used to build it. If it was done by hand, it would be many months of construction to get as far as it did, Ortiz said. But if the builders used heavy machinery it would “potentially a few months, not that long of a period,” Ortiz said.

Smugglers have been using tunnels to get drugs and people across the border for decades. 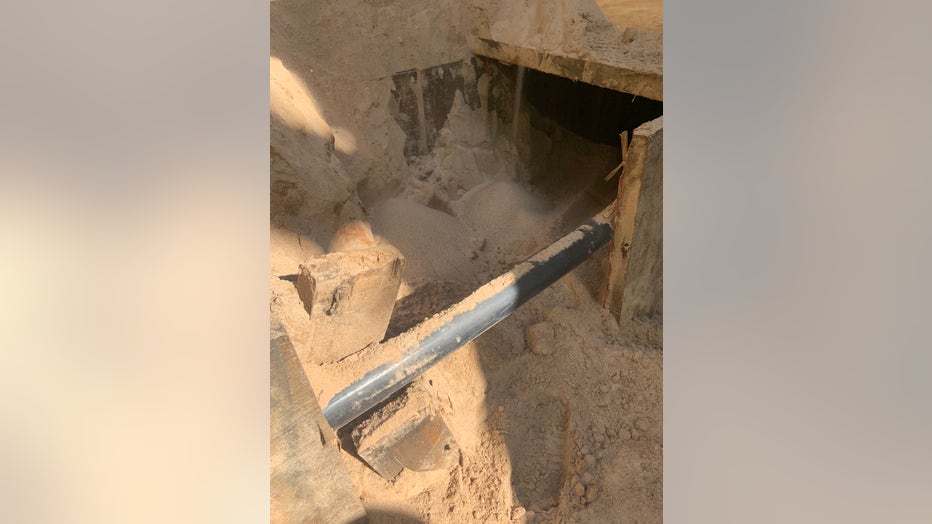 Two years ago, authorities in Yuma discovered a sophisticated drug-smuggling tunnel that went from a home in Mexico to an abandoned fast-food restaurant in Arizona.

HSI said the tunnel ran from Mexico to an old Kentucky Fried Chicken restaurant that’s not in operation in San Luis, Arizona, just about 200 yards (180 meters) north of the border.

The owner, Ivan Lopez, was arrested on Aug. 13, 2018, after authorities found several packages of methamphetamine, cocaine, heroin, and fentanyl in the back of his truck.

That arrest led to a search at his home and the old restaurant, where agents found a hidden tunnel that was large enough for people to freely walk through.

Lopez pleaded guilty to one count of using a tunnel or passage to smuggle controlled substances and was sentenced to seven years in prison, according to court records.

Homeland Security Investigations found the tunnel in late July. A camera was sent 25 feet underground after federal agents discovered a sinkhole in the area of a tunnel investigation, authorities said.

Photos show the tunnel measured 3 feet wide and 4 feet high, according to a U.S. Immigration and Customs Enforcement news release.