Video shows the tense moments inside Knott's Berry Farm after a shooting broke out outside the theme park.

The Buena Park Police Department responded to a shots fired call from the area around 8:30 p.m.

According to police, someone fired multiple rounds from a moving vehicle at a group of individuals walking on the sidewalk of Beach Boulevard. A teenage boy was struck multiple times. The victim sought refuge at the Knott's Berry Farm front entrance. He was then transported to the hospital by paramedics.

Around 10:43 p.m., the police department learned of another shooting victim who was taken to the hospital by family. The second victim, also a teenage boy, suffered a single gunshot wound.

Both boys are in stable condition.

No arrests have been made and no suspect vehicle description was provided.

Dozens of guests evacuated the park and employees sheltered in place following the shooting.

A parkgoer, Justin Wei, shared a video showing a chaotic scene inside the park as other parkgoers reacted to the shooting that took place outside the theme park.

"There's a shooter," one of the parkgoers could be heard shouting in Wei's video.

Another parkgoer shared a photo of people hiding at a restaurant during the shooting investigation.

"Luckily ended up at a restaurant. When a shooting went down. All safe," a post from @SkateCholo read. 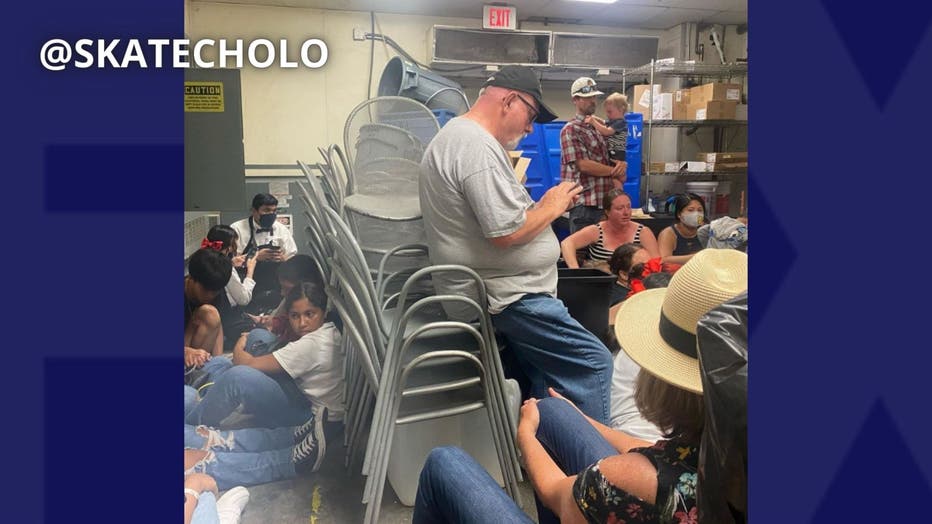 Several miles away from the theme park, a large fire broke out on the 91 Freeway in Buena Park. Officials did not say if the fire had anything to do with the shooting investigation.