On September 10, Arizona State Police pulled over newly-elected Phoenix City Council member, Carlos Garcia, near the downtown Phoenix campus. In the video, Garcia begins recording the officers with his cell phone and has some questions.

"This isn't my car it's my dad's car but why are you running my plate," asked Garcia. 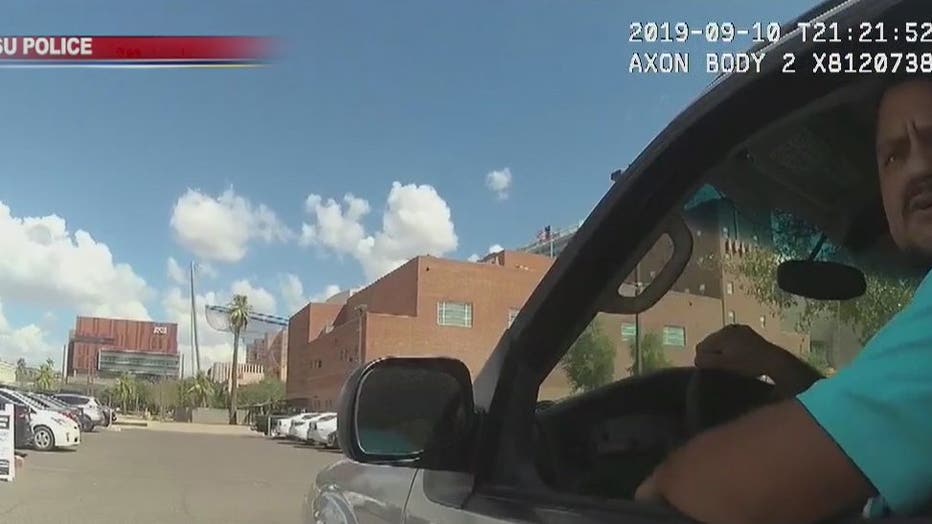 The officer tells Garcia that he has jurisdiction and asks to see his driver's license, registration and proof of insurance.

"I have a meeting to go to so I prefer you make this as quick as possible," responded Garcia.

Police say the insurance document appeared to be a receipt from the company with no expiration date or vehicle information. The officer returns about 15 minutes later with a citation for a suspended plate and no insurance, but Garcia refuses to sign the ticket.

Police explain to him how he can fix the issue, but Garcia voices other concerns.

FOX 10 reached out to councilman Garcia for a comment regarding the incident, but we did not get a response yet.