A woman was recently sexually assaulted in an alley in River North while two security guards for a popular bar stand nearby and do nothing to stop it.

CHICAGO - A woman was recently sexually assaulted in an alley in River North while two security guards for a popular bar stood nearby and did nothing to stop it.

That video was part of a lawsuit filed Monday by the woman against the River North restaurant.

"She is not well,” said Attorney Brian Monico. “This is something that is deeply traumatizing to her and she is going to be in a bad way for a long time."

She’s suing as a Jane Doe, a Florida woman in her early 20's who had won a weekend getaway trip to Chicago.

Her attorneys say on Oct. 18, the woman visited El Hefe, a popular restaurant and bar on Hubbard, when she began feeling ill.

"She may have been drugged or something had been given to her to manipulate her and she deteriorated very quickly,” said Monico. 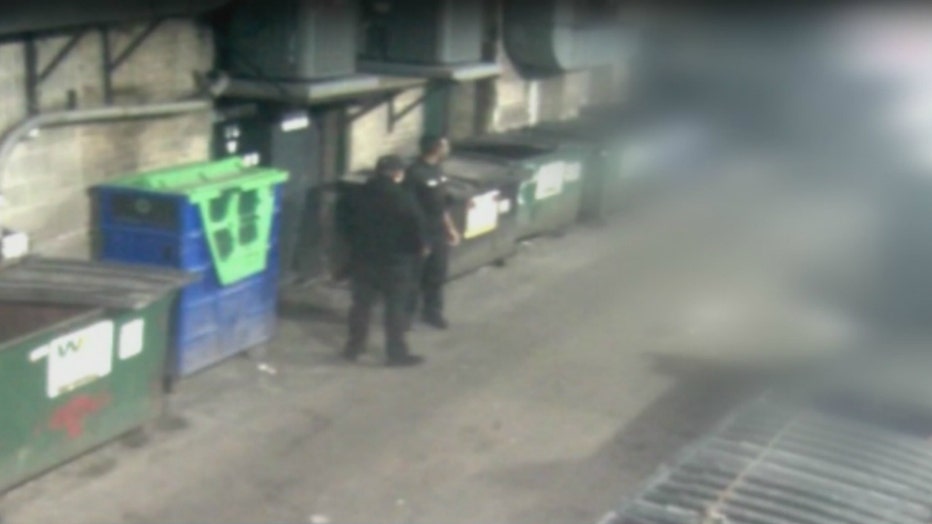 Surveillance video from the alley behind the bar shows El Hefe's security guards opening the back door before a man in red shoes walks the woman outside, holding her up by the neck.

The guards do nothing as he leads her down to the end of the alley, where he pushes her against a dumpster and then sexually assaults her. The lawyers believe the suspect either works at the bar or knows someone who works there.

"Not only as he's walking out with her does the man in the red shoes wave them off, but also as the two security guards are out there standing and laughing and watching as though this is something of a joke for them,” said Attorney John Chwarzynski.

The woman was left unconscious until someone called 911. She was taken to Northwestern Memorial where doctors determined she had been raped.

The bar told her lawyers their video surveillance system was down at the time of the attack, and Chicago Police continue to search for the suspect.

"Someone has to know him,” said Attorney Robert Fakhouri. “So we're pleading with the public to help us identify this man."

El Hefe is owned by a restaurant group out of Scottsdale, Arizona. Our calls and emails to them have not been returned.