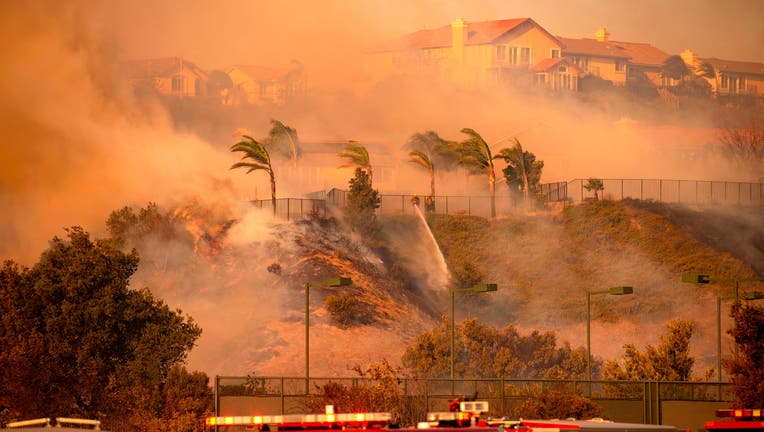 Wind whips through the area as firefighters fight impending flames during the Saddleridge Fire in the Porter Ranch section of Los Angeles, California on October 11, 2019. (Photo by JOSH EDELSON/AFP via Getty Images)

LOS ANGELES (AP) - Containment is inching up on a smoky Los Angeles wildfire that damaged or destroyed more than 30 structures, as crews take advantage of calmer winds and cooler temperatures.

Air quality is poor as smoke from the fire settles over much of greater Los Angeles.

To the east, a blaze that ripped through a Riverside County mobile home park, destroying dozens of residences, is 25% contained with minimal growth. 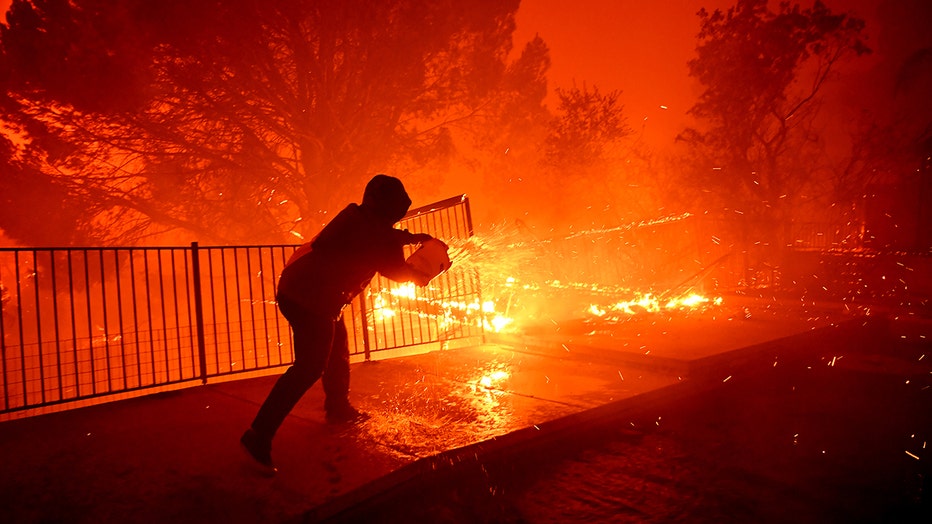 Ozzy Butler pours water on to his deck at his parents house as the Saddleridge Fire burns along Thunderbird Ave. in Porter Ranch (Wally Skalij/Los Angeles Times via Getty Images)

In Northern California, the lights are back on for 98% of customers who lost power when Pacific Gas & Electric switched it off in an effort to prevent wildfires. 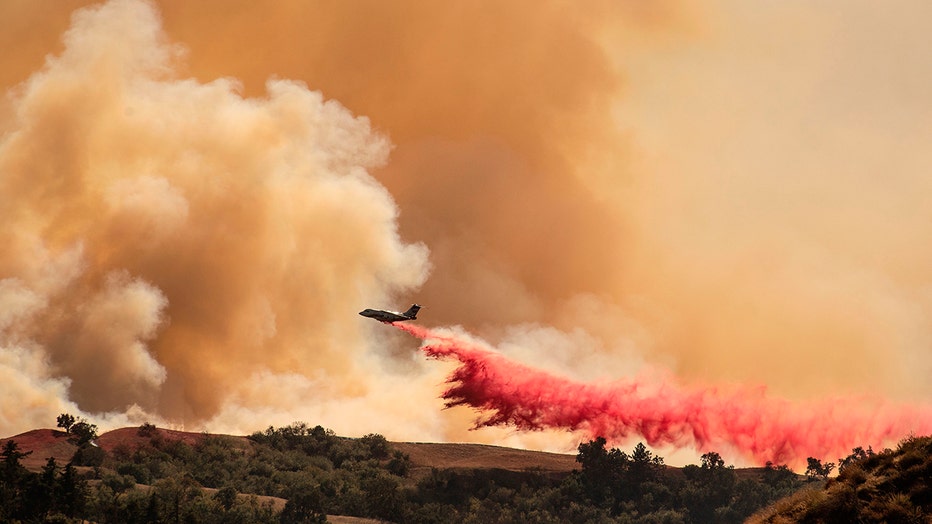 An aircraft helps fight the Saddleridge fire by dropping fire retardant along a ridge in Newhall, California on October 11, 2019. (Photo by JOSH EDELSON/AFP via Getty Images) 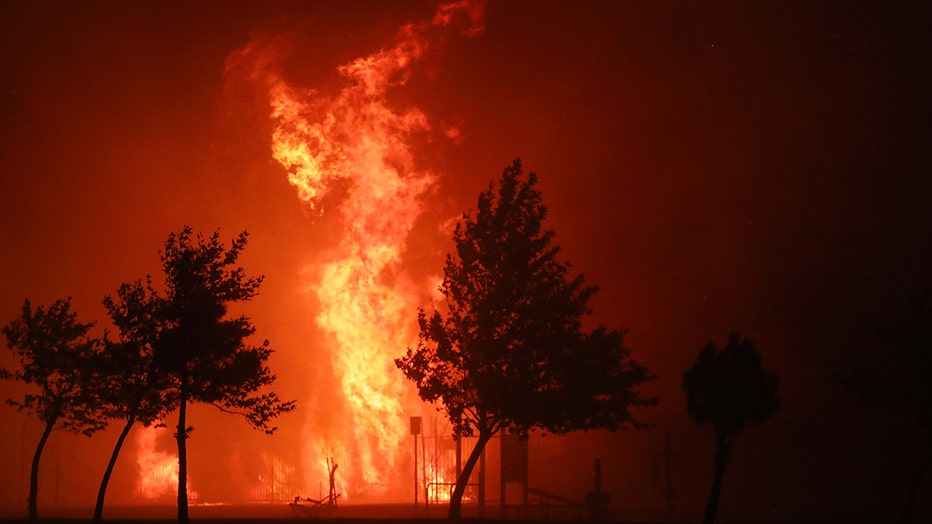 The Saddleridge Fire burns near a park in the early morning hours on October 11, 2019 in Porter Ranch, California. (Photo by Mario Tama/Getty Images)