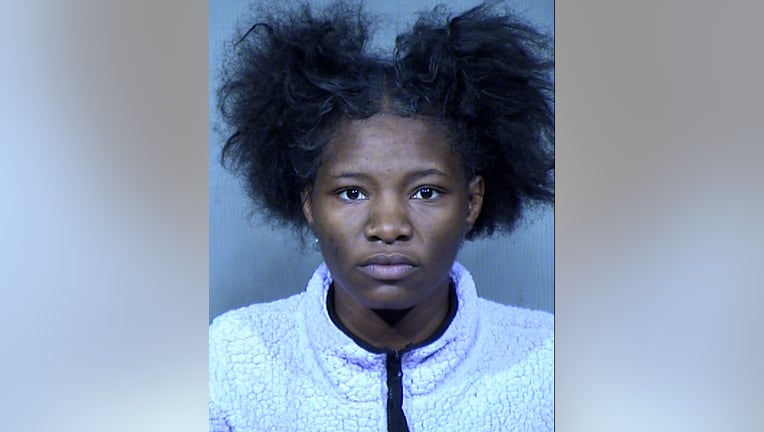 PHOENIX - A Phoenix woman is accused of holding a knife to her 5-month-old son and against herself, taking photos and then sending the images to her husband.

Phoenix Police say on January 25, 19-year-old Sophia Latrece Horne used the photos "in an attempt to get him to return her vehicle that he had taken from her earlier in the day."

On Monday, officers say the couple got into an argument, resulting in the husband posting the photos on Facebook. They say several people saw the pictures and contacted the Department of Child Safety and the police.

According to the police report, when officers contacted Horne on January 27, she claimed that she did not wish to hurt herself or her children, but that it was the only way she could get her husband's attention.

Officers booked Horne into jail. She is accused of aggravated assault on a minor and endangerment.