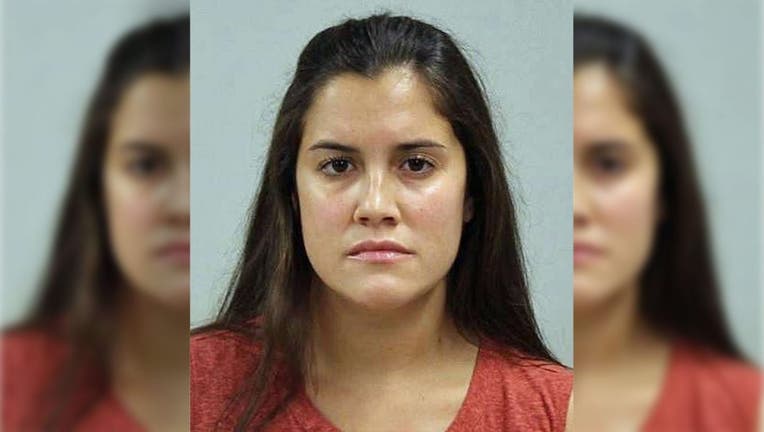 CONNECTICUT (FOX 5 NY) - A confrontation over topless sunbathing on a Connecticut beach has ended with a woman now under arrest.

Westport police say the incident took place in July but the woman did not turn herself into police until Saturday.

Police say that on Monday, July 15, at about 1:30 p.m. officers responded to Compo Beach on an indecent exposure complaint.

The caller told police that she had seen a woman on the beach remove the top portion of her bathing suit to tan. Believing it was inappropriate, she attempted to confront the woman.

The sunbather, identified as 28-year-old Anna Lee Halderman, allegedly became belligerent and proceeded to take off the bottom portion of her bathing suit exposing her buttocks.

The other woman was with her child at the time, who apparently witnessed the entire incident and claimed the unclothed sunbather appeared to be drunk.

After an "extensive investigation" police were able to identify Halderman.  They say in a subsequent interview with Halderman she stated that she did not recall what she may have done on the date in question but apologized for her behavior.

An arrest warrant was sought and granted for Halderman in connection with this incident.

On Saturday, Halderman came to police headquarters to turn herself in on the outstanding warrant for her arrest.

She was charged with violations of Risk of Injury to a Minor and  Breach of Peace.

Halderman is scheduled to be arraigned at Norwalk Superior Court on Friday, August 23.