Woman says she was intentionally attacked by a dog in Tempe

A Tempe woman on a night walk was viciously attacked by a dog in December 2020 and she claims it was intentional. The dog has since been put down.

PHOENIX - A Tempe mother says she was the victim of a severe dog attack in December and claims the attack was intentional. She continues to recover as police investigate.

"The dog bit me four times in my leg," Denise Brown said. She was out for a walk near the hotel she was staying at in Tempe in early December. 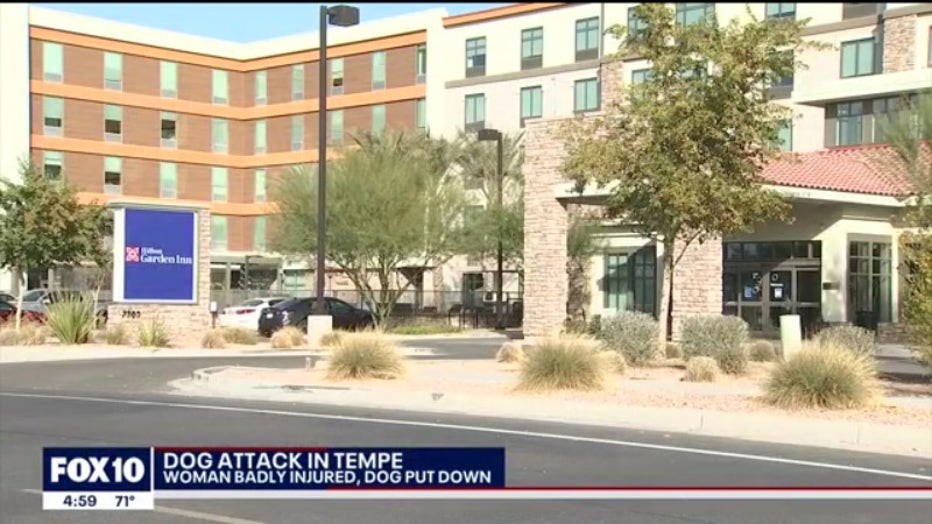 She noticed a dark SUV and then felt the bite of a dog. "I had already turned my back, the dog shot out, grabbed my sweater. Thank God I had a sweater on. At that point, it was a full on fight."

Brown was badly injured. The pictures of the dog attack are gruesome, showing multiple wounds to her legs and arms.

She claims this was no accident and the man who had the dog that day did nothing to help. "I look at him and I look at the dog. The dog is looking at him and he’s trying to give the dog commands to jump on me in the car," she said.

The man drove off after the attack, she said. 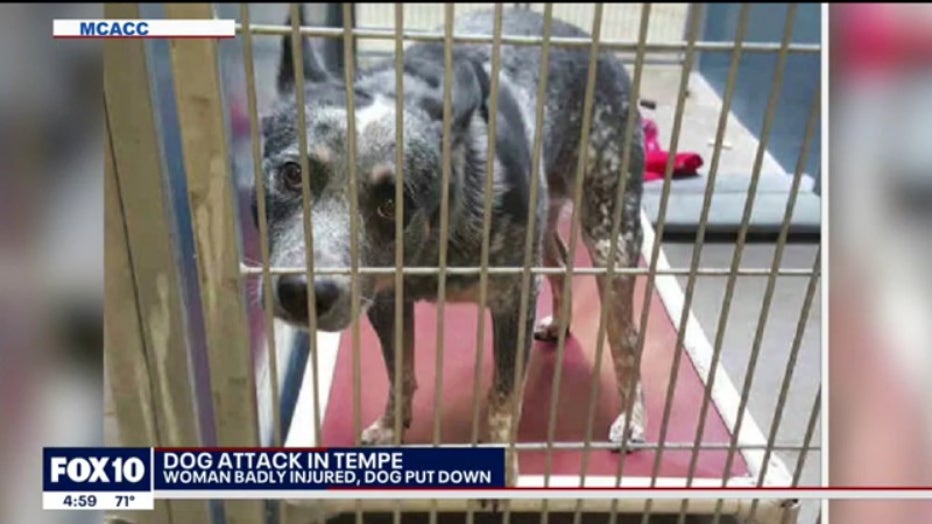 Maricopa County Animal Care and Control records show the dog, a Queensland Heeler, was put down on Dec. 23. A woman came forward claiming ownership of the dog, despite Brown saying she saw a man giving the dog commands.

"I lost a lot of blood and like I said a lot of flesh. There were gulches in my arm where the dog bit through. These were not surface bites. I’ve taken time off from work," Brown said.