Harrison Butker’s plant foot slipped awkwardly during a kickoff early in the game, forcing the Chiefs to use safety Justin Reid for most of their kickoffs and extra points the rest of the way, while first-round pick Trent McDuffie hurt his hamstring when the young cornerback’s feet slipped during an otherwise impressive debut.

The Chiefs have a short turnaround before facing the Los Angeles Chargers on Thursday night at Arrowhead Stadium, and that means it’s unlikely that either player will be on the field for an important AFC West showdown.

"It was a little loose. That’s what happens sometimes when you re-sod," Reid said. "It’s part of the Butker injury and the McDuffie injury, and that’s unfortunate. The turf picked up, and I would tell you that did have something to do with it. If it didn’t, I’d tell you that, too. It’s not an excuse by any means. But you all see it when you watch the tape."

The Cardinals have a unique natural grass field that essentially sits on a tray, allowing it to be slid out from under the domed stadium when it’s used for concerts and other events. It also gives the surface an opportunity to be in the sun.

MORE: Cardinals have to improve in a hurry after dreadful Week 1

The stadium is maintained by ASM Global, which manages six other NFL stadiums, including Soldier Field. The home of the Chicago Bears was re-sodded earlier this month after it was roundly criticized following their preseason opener.

The new turf in Chicago fared well during heavy rains for the Bears’ opener against the San Francisco 49ers last weekend. 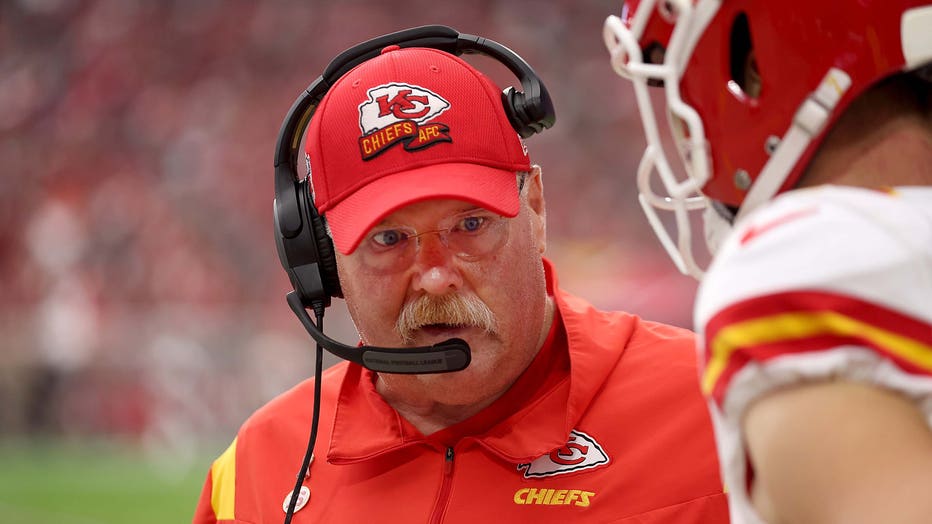 GLENDALE, ARIZONA - SEPTEMBER 11: of the Arizona Cardinals against the Kansas City Chiefs at State Farm Stadium on September 11, 2022 in Glendale, Arizona. (Photo by Christian Petersen/Getty Images)