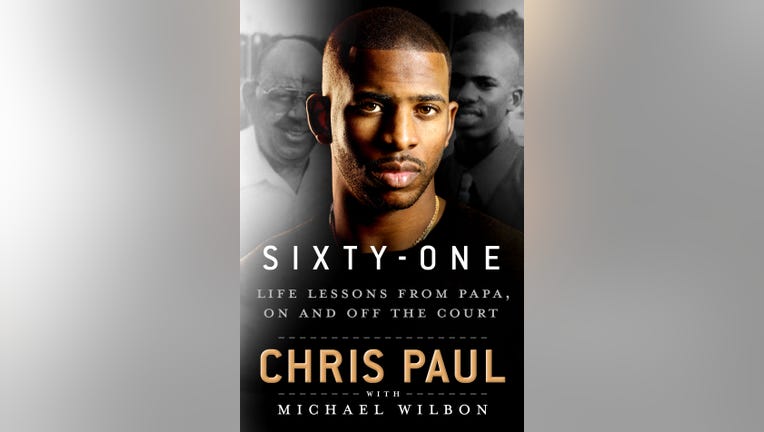 NEW YORK - NBA All-Star Chris Paul has an off-court project in the works: His first book.

Paul’s "Sixty-One: Life Lessons from Papa, On and Off the Court" will come out in September, St. Martin’s Press announced on Feb. 17.

Co-written with journalist and ESPN broadcaster Michael Wilbon, the memoir by the Phoenix Suns’ point guard is a tribute to his late grandfather and mentor, Nathaniel Jones, who died while Paul was in high school. The book’s title refers to a high school game, played after his grandfather died, when Paul scored 61 points — one for each year his grandfather lived.

"‘Sixty-One’ is a celebration of my Papa Chilly who helped shape who I am today and what I value," Paul said in a statement.

"His legacy of hard work and service to others is woven through the fabric of my parenting, my community work and how I have approached my basketball career. That high school game where I scored 61 points was a healing moment through basketball and I am thrilled to work with Michael Wilbon to share this story with the world."

Disney+ announced last December that a live-action film about Paul, which will be based on his book, was in development.