Florida is notorious for hurricanes — here are the 5 most devastating

As Hurricane Dorian makes its way toward Florida, the state prepares for an all-too-familiar crisis — it has been hit by more hurricanes than any other state.

LOS ANGELES - Florida is notorious for being hurricane territory, and because of its positioning on a peninsula boasting 8,436 miles of coastline in prime hurricane real estate, the opportunity for destruction is immense. As hurricane Dorian approaches the sunshine state, here is a look at how it’s setting up to compare to the five worst hurricanes in Florida’s history.

RELATED: Be prepared: If you're in the path of a hurricane, here's what to do

Below are the five most devastating hurricanes to ravage the state of Florida, according to Alberto Moscoso, Communications Director of the Florida Division of Emergency Management.

Palm Beach reported a minimum pressure of 27.43 in., making it the fourth-strongest hurricane on record to hit the U.S., according to the national Hurricane Center (NHC) at the National Oceanic and Atmospheric Administration (NOAA). There were heavy casualties and extensive destruction, the worst of which occurred at Lake Okeechobee, where the lake surged 6 to 9 feet, inundating surrounding areas.

At first, Tropical Storm Andrew didn’t seem like it was going to explode into a full-blown hurricane. It developed in the east Atlantic on Aug. 16 and then spent a week meandering west. But just before it reached the Bahamas on Aug. 23, it rapidly intensified to a Category 5 and made landfall on the Florida coast the next day.

Hurricane Andrew is one of only three land-falling Category 5 hurricanes on record to affect the U.S. mainland, along with Hurricane Camille in 1969 and the Labor Day Hurricane of 1935.

"In Florida alone, 25,524 homes were destroyed and 101,241 others were damaged. In Homestead, 99.2 percent of mobile homes were completely destroyed," Moscoso told AccuWeather.

Labor Day has a long history of bringing devastating hurricanes to Florida, beginning with the Labor Day Hurricane of 1935. According to the NOAA, 25 hurricanes have made U.S. landfall over past Labor Day weekends since 1851, seven of which hit Florida.

The Labor Day Hurricane of 1935 was first detected east of the central Bahamas on Aug. 29. According to NHC, “phenomenal strengthening” occurred over the next couple of days as it drew closer to Florida. By the time it reached the middle Florida Keys on Sept. 2, it was a Category 5. After moving through the Keys, it turned northward almost parallel to Florida’s west coast until making landfall again near Cedar Key as a Category 2.

The Miami Hurricane was so devastating that it ended the economic boom that had been occurring in South Florida at the time, according to the NHC. Had it occurred today, it would likely have caused around $90 billion worth of damage.

"When hurricanes track from south to north through Florida, they tend to cause more death and destruction. That was the case with the 1935 Labor Day, Great Miami and the Okeechobee hurricanes," Kottlowski said.

Also referred to as the “Great Miami” hurricane, the eye of this Category 4 hurricane moved directly over downtown Miami and Miami Beach the morning of Sept. 18. Many residents at the time had never experienced a hurricane before and made the grave mistake of going outside as the eye passed over, thinking the storm was done, which ultimately caused many casualties.

On Sept. 20, the hurricane arrived in Pensacola. Twenty-four hours of heavy rainfall and winds coupled with storm surge destroyed almost every pier, warehouse and vessel on Pensacola Bay.

Hurricane Irma made landfall as a Category 4 with winds nearing 130 mph on Sept. 10 at Cudjoe Key after ripping through the Virgin Islands. It then made a second landfall later that day as a Category 3 when it hit Marco Island.

RELATED: Hurricane Dorian: What you need to know about the intensifying storm headed toward the US

Though scientists can predict some of what may occur during a hurricane, there are almost always surprises in store from these massive natural events. Here’s what we know about Dorian as it continues to move closer to U.S. soil:

It’s projected to hit Florida’s central or northeast Atlantic coast this weekend — which is a rather odd spot, given that hurricanes rarely touch down there, according to The Weather Channel.

"In NOAA’s Historical Hurricane Tracks database going back to 1851, there is no record of any hurricane having made landfall at Category 3, 4, or 5 strength on Florida's Atlantic coast from Fort Pierce north to the Georgia border," according to The Weather Channel. T

hat doesn’t necessarily mean that it won’t happen this time or that residents of the area shouldn’t prepare for the worst.

"Keep in mind that the Saffir-Simpson hurricane wind scale is only one measure of a hurricane's danger. Even a hurricane weaker than Category 3 can pack dangerous storm surge, and tropical-storm-force winds can be enough to bring down trees and power lines," meteorologist Bob Henson explained.

RELATED: The devastating differences between hurricane categories 1 through 5

The NHC says that there is an increasing likelihood of life-threatening storm surge along portions of the Florida east coast later this weekend or early next week. As of right now, it’s too early to accurately determine where the highest storm surge will occur. The risk of devastating hurricane-force winds also continues to increase.

As of Thursday morning, the NHC reported that Hurricane Dorian is about 330 miles east of the southeastern Bahamas with maximum sustained wind speed of 85 mph. It’s moving at about 13 mph northwest, and this trajectory is expected to continue through Friday, when the NHC predicts Dorian will become a major hurricane.

Dorian is then expected to a west-northwestward to westward path by Friday night and into the weekend, which would have Dorian passing over the Bahamas completely around Sunday evening.The estimated minimum central pressure at the time of NHC’s report was 29.12 inches.

Dorian is expected to produce 5-10 inches of rainfall in coastal regions of the southeast U.S. this weekend and into early next week.

“Hurricane Dorian is now expected to be a catastrophic Category 4 hurricane at landfall on Monday afternoon,” said Jonathan Lord, chief of Flager County Emergency Management, in an announcement following Gov. Ron DeSantis’s 26-county “State of Emergency” declaration Wednesday. “We are expecting storm surge for many areas east of Interstate 95. We will be enacting evacuations and starting public sheltering on Saturday morning.” 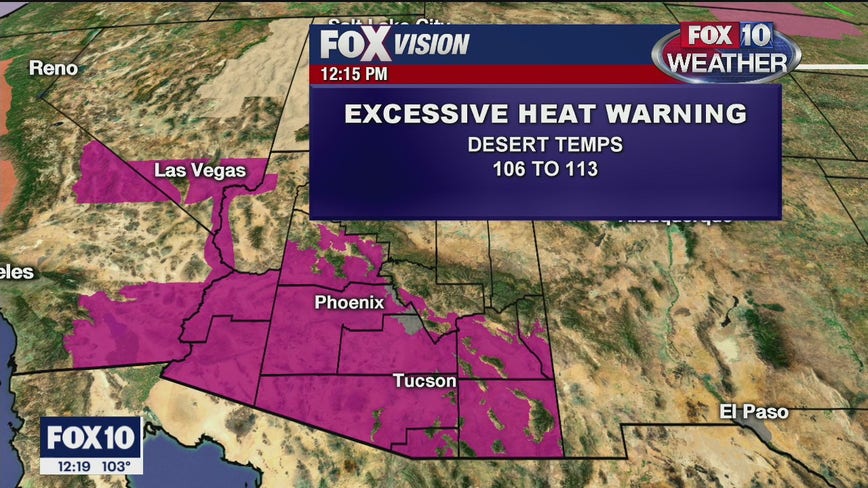