Baker was one of nearly 2,000 people who fled a wildfire that has charred 32 square miles (83 square kilometers) of dense shrubbery over the same area devastated by a blaze that killed 19 firefighters four years ago.

"It looked like five fires," Baker said. "We were probably 7 miles from the actual fire and it was pretty scary." Baker, a Mayer resident, got word of the evacuation while filling up at a gas station. She said that as she left, with a huge plume of smoke darkening the sky, residents were pulling onto the side of the road and discussing what to do about their belongings, pets and horses.

More than 600 firefighters were battling the blaze burning in communities around Prescott, a mountain city about 100 miles (160.9 kilometers) north of Phoenix that draws a mix of desert dwellers escaping the heat, retirees and visitors to its famed Old West-themed Whiskey Row.

Yavapai County spokesman David McAtee said Wednesday about 3,400 people in the area have been affected by the fire and roughly 3,000 structures in the evacuated areas were at risk but officials were not immediately sure how many are homes. Residents of Mayer, Dewey-Humboldt and several other communities took flight. Dewey-Humboldt has about 4,000 residents. Mayer has about 1,400.

"It's scary because we're coming up on the four-year anniversary of the Yarnell Hill fire - there's still a lot of fresh memories," said Arizona state Sen. Karen Fann, who represents the area where the fire is burning.

Arizona Gov. Doug Ducey plans to visit the area Thursday after declaring a state of emergency in Yavapai County that directs $200,000 in emergency funds to fire suppression efforts and reimbursements for emergency response and recovery costs.

It's also a key requirement should federal aid be requested.

Elsewhere across the western U.S., a fire in the foothills north of Los Angeles was burned right up to homes before the blaze was beaten back.

Fifty homes were put under mandatory evacuation orders on the suburban edges of Burbank, where flames raced uphill through tinder-dry grass.

No homes were destroyed, and most evacuations were canceled after a few hours.

In Utah, firefighters braced for more high winds as they tried to slow a stubborn wildfire that has burned 13 homes and forced the evacuation of 1,500 people from a ski resort town.

Firefighters in Washington state were battling three fires near Wenatchee that had grown to about 37 square miles (95 square kilometers).

And in Idaho, fire officials say quick responses by ranchers and others to more than 20 wildfires sparked by lightning have kept the small fires from becoming major blazes like those that scorched the region in recent decades.

A wildfire in southwestern Colorado has burned at least one home and forced the evacuation of about 140 others, as well as a busy campground. The fire was reported about 2 miles (3.2 kilometers) west of Durango on Wednesday afternoon. It's unclear if a second, smaller fire nearby was sparked by the initial blaze.

In Arizona, Jennifer Johnson of Phoenix noticed smoke while driving into Prescott Valley for a meeting Tuesday. By the time the meeting wrapped up, things had changed dramatically.

"Getting closer to Mayer, it looked like we were driving into some alien sort of invasion, like the whole sky was on fire," she said.

Video she took along the freeway shows huge clouds of smoke colored red by flames.

The blaze is burning in thick chaparral that has not seen a fire in more than 40 years. The steep, rugged terrain makes it difficult for firefighters to reach.

"Fires are a very, very personal thing," Yavapai County Emergency Management Coordinator Denny Foulk said. "When you lose memories, when you lose homes, that affects you for a very, very long time." 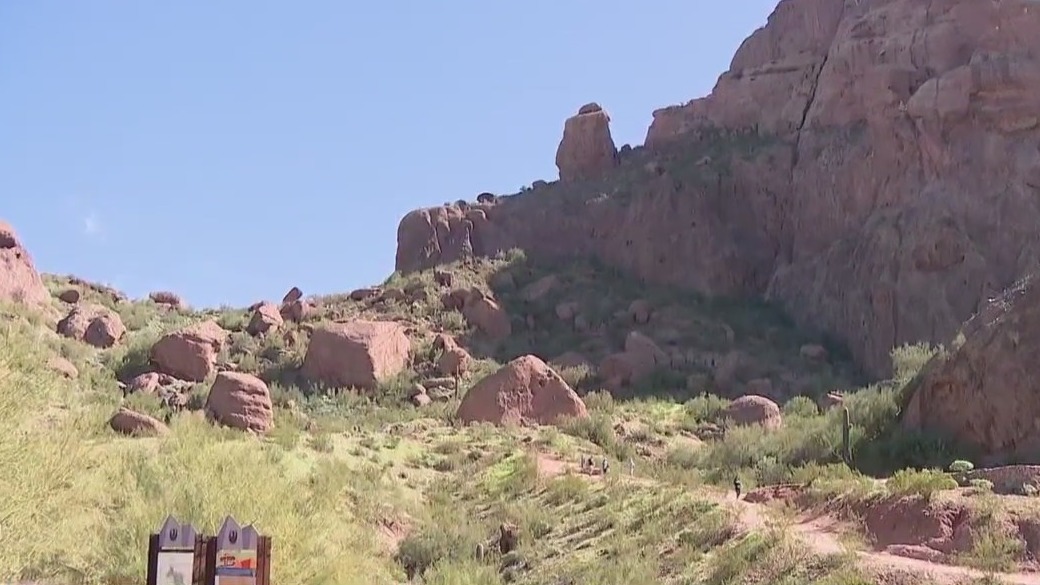