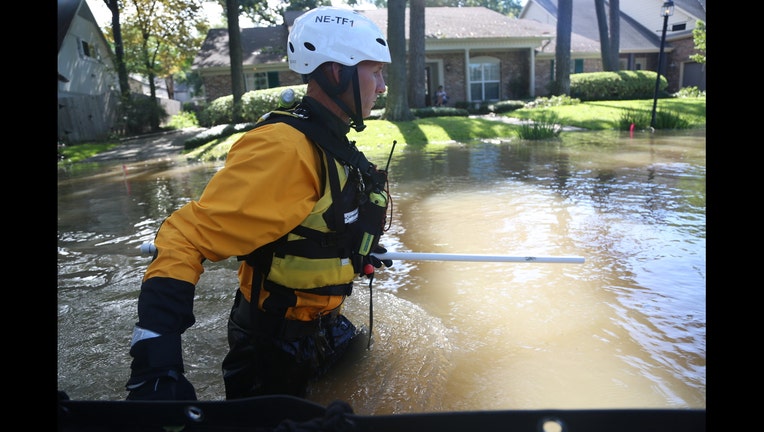 WASHINGTON (AP) -- Texas Gov. Greg Abbott said Sunday he expects the Environmental Protection Agency "to get on top" of the threat of possible water contamination after an Associated Press report of highly toxic waste sites flooded in the Houston area.

"The EPA is monitoring that. The EPA is going to get on top of that," said Abbott, when asked on "Fox News Sunday" whether toxic floodwaters could pose a continuing health threat to Texas residents.

"We are working with the EPA to make sure that we contain any of these chemicals harming anybody in the greater Houston area or any other place," he said.

The Houston metropolitan area is home to more than a dozen Superfund sites, designated by the EPA as being among America's most intensely contaminated places. The AP surveyed seven of them and reported Saturday that all had been inundated with water, in some cases many feet deep, raising the concern that floodwaters may wash in pollution.

An EPA statement later confirmed the AP's reporting that the federal agency had not yet been able to physically visit the Houston-area sites, saying the sites had "not been accessible by response personnel." EPA staff had checked on two Superfund sites in Corpus Christi on Thursday and found no significant damage.

On Sunday, Abbott said there will always be a threat of contaminated water whenever there is a flood situation.

"What people need to do is they just need to be very cautious in the way they respond," he said. "Do things like wear gloves, wear a mask, wear clothing so that your skin is not going to brush up against what you're cleaning."

Houston Mayor Sylvester Turner said he was comfortable with the safety of Houston's drinking water, saying the Superfund sites were outside the city.

"Certainly, we would hope that the EPA would be on the ground now to take a look at those Superfund sites, to make sure that contamination is contained and limited," he said.

Abbott appeared on Fox and CNN's "State of the Union," while Turner spoke on NBC's "Meet the Press" and CBS' "Face the Nation."