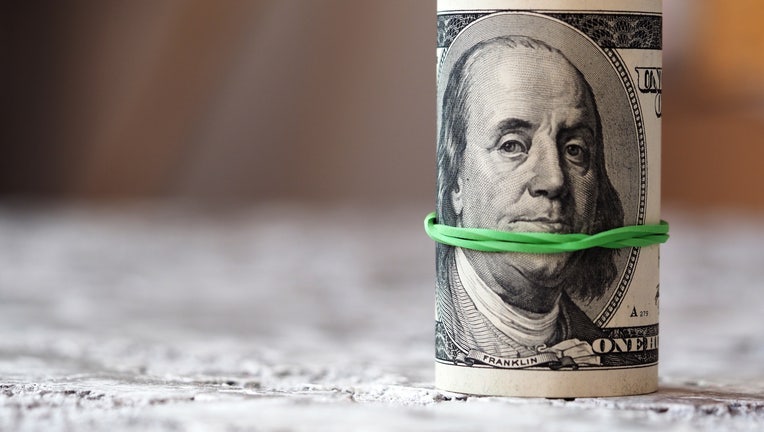 In this photo illustration US dollar bills are seen displayed. (Photo Illustration by Igor Golovniov/SOPA Images/LightRocket via Getty Images)

"SBA is continuing its dedicated commitment to underserved small businesses and to addressing potential access to capital barriers," SBA officials said in a statement after tweeting the announcement.

The loans, which can be forgiven, will have five-year terms and carry an interest rate of 1%.

The PPP is being restarted under the coronavirus relief bill Congress approved in late December, providing for $284 billion in new loans. The first two rounds, which began April 3 and ended Aug. 8, gave out more than 5.2 million loans worth a cumulative $525 billion.

The first round of the program saw overwhelming demand and the Small Business Administration approved $349 billion in loans in just two weeks.

Trump signed the latest COVID-19 relief bill into law in December after holding out for several days. The president said he wanted to increase stimulus checks, also part of the bill, from $600 to $2,000 per eligible person. He also cited other line items of spending with which he disagreed as the impetus for his delay in signing the legislation.

Here's a breakdown of what's included in the package

After Trump signed the bill, the House, led by Democrats, voted to raise the amount of the stimulus checks, but Senator Majority Leader Mitch McConnell, a Republican, refused to bring the measure to senators for an immediate vote.

The SBA will initially accept only applications submitted by community financial institutions, or CFIs —  lenders whose customers are minority-owned and economically disadvantaged businesses. SBA said it would begin accepting applications from all its lenders within a few days of the initial period reserved for CFIs.

But for many businesses, including restaurants, gyms and retailers that depend on people gathering in large numbers or in close quarters, the money from previous PPP loans was nowhere near enough as the pandemic continued to worsen and drag on. It’s estimated that well over 100,000 small U.S. businesses have shuttered since the outbreak began.

Moreover, many companies weren’t able to get loans, including newly formed businesses and those whose financial records didn’t meet bank requirements. Many businesses applied to multiple banks, often because they couldn’t get a response to their applications and subsequent inquiries — and many of these business owners gave up in frustration or ran out of time.