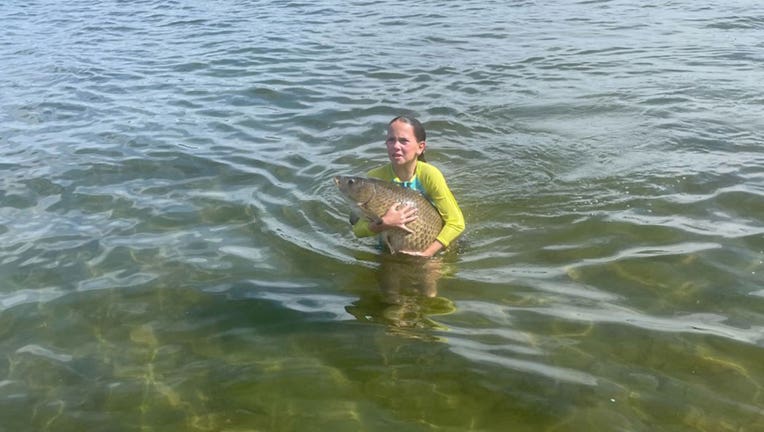 11-year-old Maddie Freese holds a carp she caught with her bare hands in Lake Minnetonka on Tuesday.

LAKE MINNETONKA, Minn. (FOX 9) - The Freese family from St. Michael are avid fishers who often go out on a lake twice a week during the summer. Mike Freese has taught his 11-year-old daughter Maddie Freese what he knows about the craft, and she catches more than her fair share, but on Tuesday, she snagged a big carp in a way that neither she nor her family had ever seen before.

They were in the shallow waters of Lake Minnetonka when Maddie spotted her target.

"She started running through the water, chasing it. And then she dove under, grabbed it by the tail, and it swung around to get away from her, and it got away," Maddie's mother Diana Freese told Fox 9 on Friday. "And then she dove underwater again and did a big bear hug around it and picked it up out of the water."

Maddie has been heavily involved in fishing since the family moved to the state from a suburb of Seattle in 2020. She regularly participates in kids tournaments in both hard water (ice fishing) and on lakes and streams.

On Tuesday, Maddie snagged a big carp in a way that neither she nor her family had ever seen before.

Still, she couldn't contain her excitement after her latest catch, telling her parents,"I'm shaking. I can't believe I caught that!"

"She was on a high for the rest of the day," Diana said.

Diana Frees thinks the carp weighed about 45 pounds, making it about half the size of Maddie. As the photo circulated on Facebook, friends and family were impressed.

"I got about a million comments on Facebook and they all said, 'Oh, she needs her own fishing channel," Diana said.

Maddie loves fish and released the carp afterward. The family plans to go out again on Saturday to Lake Waconia for her father's birthday. Her mom thinks she knows what Maddie's plan will be. "She's going to ask to go somewhere shallow so she can do it again," she said. 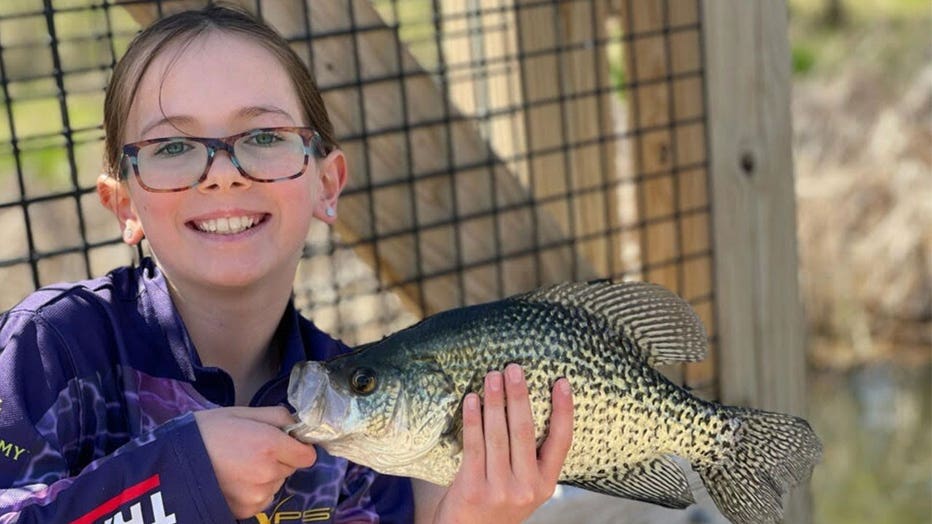 Maddie Freese at a fishing tournament.