Phoenix Police is investigating a multi-vehicle crash involving an armored car near 87th Avenue and Thomas Road. Traffic is restricted in the area. Police have not released any injury information.

PHOENIX - Police say a man has been arrested in connection to a head-on crash involving an armored truck in Phoenix that left a young girl dead.

According to the Phoenix Police Department, officers responded to the scene on March 24 near 86th Drive and Thomas Road and found that a vehicle had crashed head-on into an armored truck.

Police say the driver of the car, 29-year-old Tu'Ulafoaina Poloa, lost control of his 2007 Cadillac when driving at a high rate of speed, crossed into opposite lanes of traffic, and crashed into the armored truck.

Poloa and his two passengers, 11-year-old Jia Montanez and a 5-year-old girl, were taken to a hospital in extremely critical condition.

The driver and passenger of the armored truck were treated at the scene.

Police said Poloa showed signs of being impaired. He was arrested on May 6 and is accused of manslaughter, aggravated assault, endangerment, and aggravated DUI. 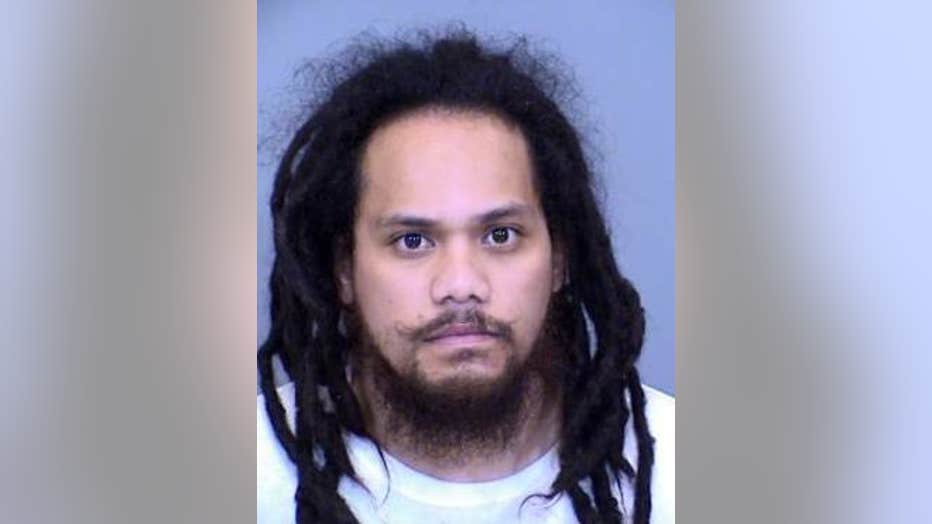 DPS: Man lying in road struck, killed by vehicle on US 60 in Apache Junction

According to the Arizona Department of Public Safety, a man was lying in the left lane of the freeway at Meridian when he was struck and killed by a vehicle.

Officers responded to 91st Avenue and Campbell after reports of multiple shots fired and found a man with what appeared to be a gunshot wound.

DPS: Trooper shoots at driver who tried to run him down in Phoenix

When the trooper got out of his vehicle, the suspect took off, made a U-turn, and tried to run down the trooper.