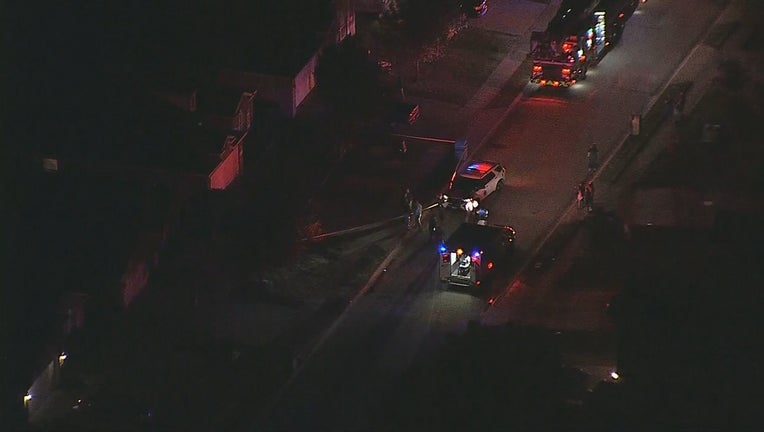 FORNEY, Texas - A 14-year-old is now facing a couple of charges after a 1-year-old was killed and a 9-year-old was injured in a shooting at a Forney home Tuesday night.

The shooting happened just after 5 p.m., in the 2100 block of Juniper Drive, in the Windmill Farms Community.

Responding deputies found a 1-year-old girl who had been shot in the head, and a 9-year-old boy who had an injury to his hand.

The 1-year-old was pronounced dead at the scene, while the 9-year-old was taken to a Dallas hospital with a non-life threatening injury.

It’s believed this was an accidental shooting.

There were two other children in the home at the time of the shooting, a sibling of the two victims, and a 14-year-old neighbor.

Authorities searched the 14-year-old boy’s home and interviewed him.

After interviewing him, authorities charged the 14-year-old with unlawful carrying of a weapon and making a firearm accessible to a child, both Class A misdemeanors. He was then taken to the Van Zandt County Juvenile Detention Facility.

The Kaufman County Sheriff’s Office is continuing their investigation, and no further details have been released at this time.