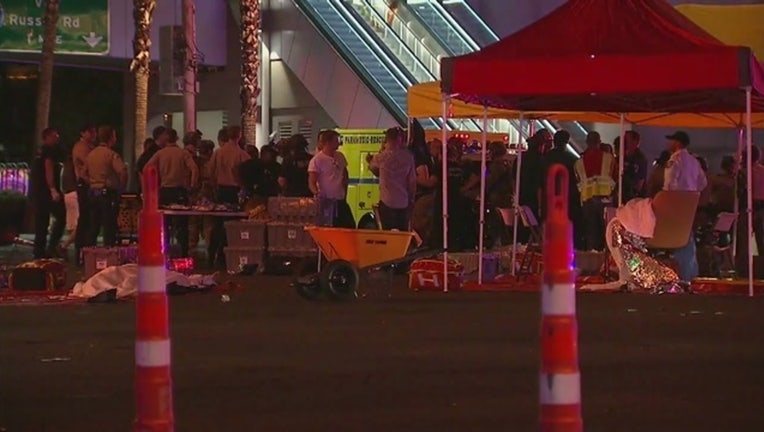 PHOENIX (AP) -- Two off-duty Arizona Department of Public Safety employees were injured in the shooting at music festival in Las Vegas that killed 58 people and injured at least 515 others.

A trooper underwent surgery after he was struck in the hand and back side by shrapnel from the gunfire.

A DPS criminologist also suffered cuts and scrapes, but wasn't hit by a bullet or shrapnel.

Both have since been released from a hospital.

A dozen DPS employees were in Las Vegas for a homicide investigators conference.

A group of off-duty officers from the Mesa Police Department also attended the festival.

The agency says all of the officers are accounted for and that none of them died in the attack.

The department hasn't yet said whether any Mesa officers were injured.