Jimmy and Rosalynn Carter, who have been married for 26,765 days, are now officially the longest-married presidential couple as of Thursday, the Carter Center announced. The long-lasting couple have now been married for 73 years, three months and 10 days.

ATLANTA - Jimmy and Rosalynn Carter, who have been married for 26,765 days, are now officially the longest-married presidential couple as of Thursday, the Carter Center announced in a Facebook post.

The long-lasting couple have now been married for 73 years, three months and 10 days.

The former U.S. president was 21 years old and the former first lady was 18 years old when they married in Plains, Georgia on July 7, 1946, the Jimmy Carter Library tweeted.

“She promised her father, on his deathbed, to finish college & would not marry until then,” said a quote from the book, which was included in the tweet, along with a photo of their wedding photo more than seven decades ago. 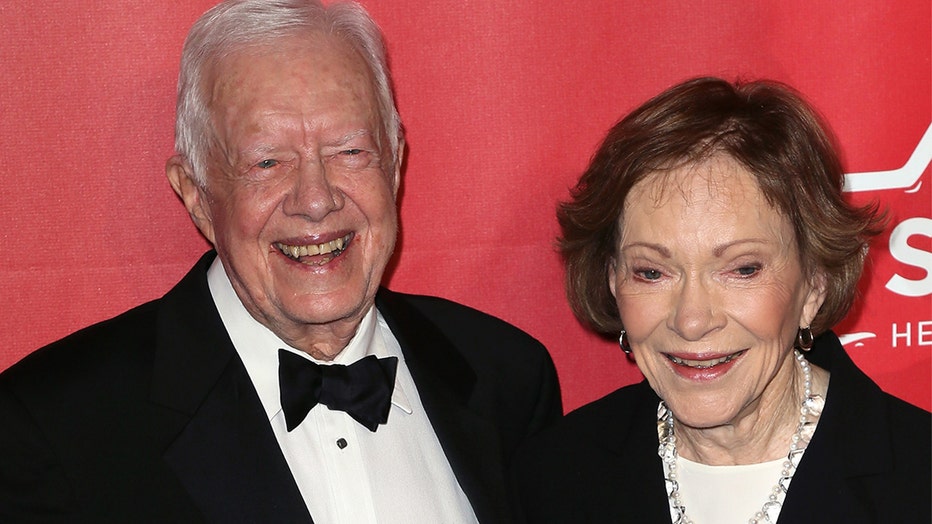 Earlier this month, the Carters worked on building corbels, a type of support bracket, for one of 21 homes that will be constructed in Nashville during the Jimmy and Rosalynn Carter Work Project. According to Habitat for Humanity, an additional 12 new single-family homes and 26 new townhomes will be constructed by 2021 with funds raised through the 2019 Carter Work Project.

On Oct. 7, with a bandage above his left eye and a large, red welt below it, the former president was greeted by a cheering crowd in the morning as he prepared to help build a home with Habitat for Humanity in Nashville.

Carter fell at home the day before, requiring 14 stitches, but he did not let his injuries keep him from participating in his 36th building project with the nonprofit housing organization.