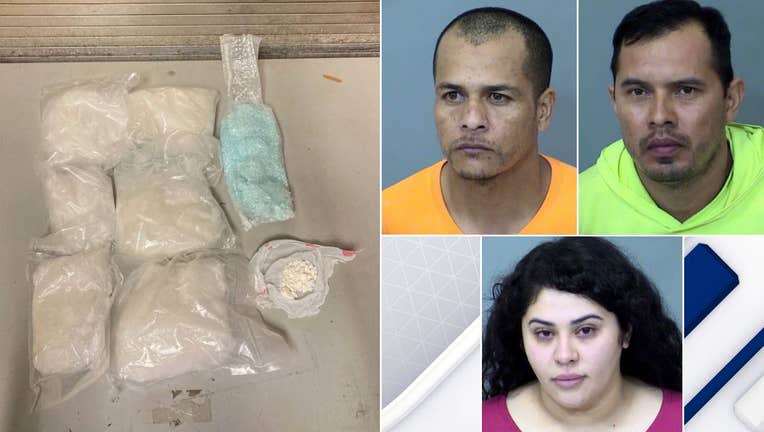 According to DPS, the arrests happened on Oct. 19 near 75th Avenue and McDowell Road.

Three of the suspects, identified as 36-year-old Carlos Elviro Gonzalez Millan, 35-year-old Juan Carlos Baez Trejo, and 29-year-old Nayely Camacho Gastelum, were booked into Maricopa County Jail. They're accused of possession and transportation of dangerous and narcotic drugs for sale, and conspiracy.

The fourth suspect was identified as a minor and was released to family. All of the suspects are Mexican residents.