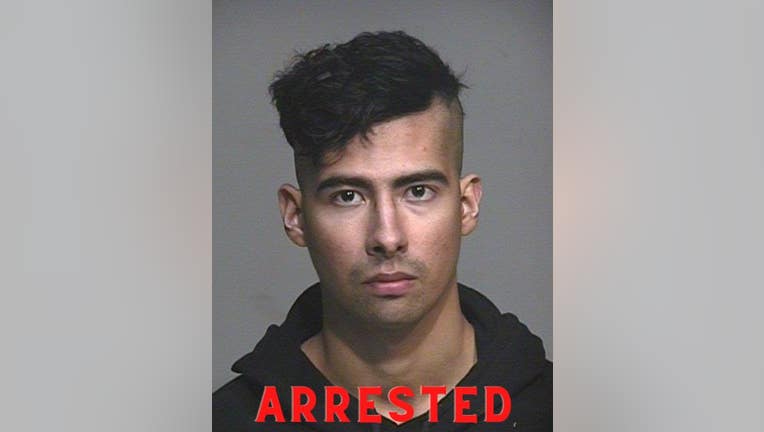 SCOTTSDALE, Ariz. - A man faces luring and sex trafficking charges after he reportedly planned to pay a 16-year-old girl for sex in Scottsdale, police said.

Officials said Andres Arvayo arranged over text to meet a teenager at a parking lot before going to her apartment to pay her for "a sex act."

Detectives arrested Arvayo after he arrived for the planned meeting.

He was taken into custody and faces several charges, including child sex trafficking, attempted sexual conduct with a minor, attempted money laundering and luring.

A female was struck and killed by a Phoenix driver Saturday afternoon and police say the driver is on the run after abandoning their car.

'He was just laughing:' Chandler Police seek driver in hit-and-run that injured mom and child