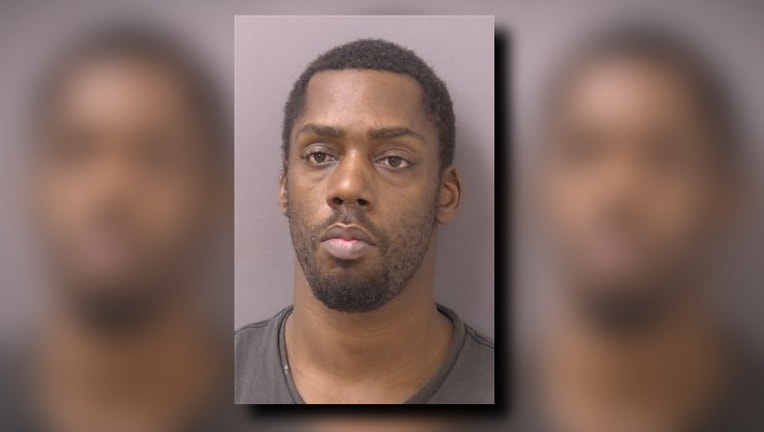 FAIRFAX, Va. (AP) - Police in Virginia say the discovery of four bodies at two different locations in the state are the work of a serial killer who used a shopping cart to transport his victims' bodies after meeting them on dating sites.

At a press conference Friday, Fairfax County Police Chief Kevin Davis dubbed the suspect, 35-year-old Anthony Robinson of Washington, D.C., the "shopping cart killer" and said police are working to determine if there are other victims.

Davis said Robinson, who was taken into custody in Rockingham County last month, has lived in multiple locations, including New York and Maryland, in recent years.

Police in Harrisonburg arrested Robinson last month and charged him with two counts of murder after finding two bodies in a vacant lot in the city.

"The good thing is he’s in custody. The challenge that remains is identifying other victims," Davis said.

Evidence uncovered after Robinson's arrest led police to search an area near the Moon Inn in Fairfax County south of Alexandria.

During the search, detectives noticed a shopping cart and recalled that a cart had been used to transport the bodies in the Harrisonburg cases, said Ed O'Carroll, commander of the major crimes unit in Fairfax County.

Near the shopping cart was a large plastic container that held the remains of two women. One has been tentatively identified as Cheyenne Brown, 29, whose disappearance had been under investigation by Washington, D.C., police. The second body found in Fairfax County has not yet been identified.

The three victims who have been identified all went missing in the last few months. Police say they are trying to research Robinson's life going back many years to see if there might be more victims.

"That’s what worries us," Davis said. "He didn’t suddenly turn into who he is three months ago."

Harrisonburg Police Chief Kelley Warner said Robinson has not given police any kind of cooperative statement since his arrest. Police arrested him relatively quickly after the bodies in Harrisonburg were found, based on video surveillance and cellphone records, Warner said.

Robinson's lawyer, Louis Nagy, declined to comment on the substance of the charges against his client in Harrisonburg. Robinson has not yet been formally charged in Fairfax County, but police said charges are forthcoming.

All three victims who have been identified met Robinson through dating websites. Police believe his dating history may provide clues into any additional victims.

Police did not say whether the victims were sexually assaulted, but Davis stated bluntly during the press conference that the suspect did "unspeakable things with his victims."

The two victims who were found dead in Harrisonburg were previously identified as Tonita Lorice Smith, 39, of Charlottesville, and Allene Elizabeth "Beth" Redmon, 54, of Harrisonburg.

A scheduling hearing in Harrisonburg is set for Dec. 27.