GRAND BAHAMA ISLAND, Bahamas - Among the 261 evacuees from Freeport, Bahamas was a group of 40 children from the Freeport Children's Home.

Their home, like many on the populated island, was destroyed by Hurricane Dorian.

A group of chaperones drove the tired kids early Saturday morning to the Freeport cruise port where they boarded the Royal Caribbean Mariner of the Seas for travel to Nassau, Bahamas. 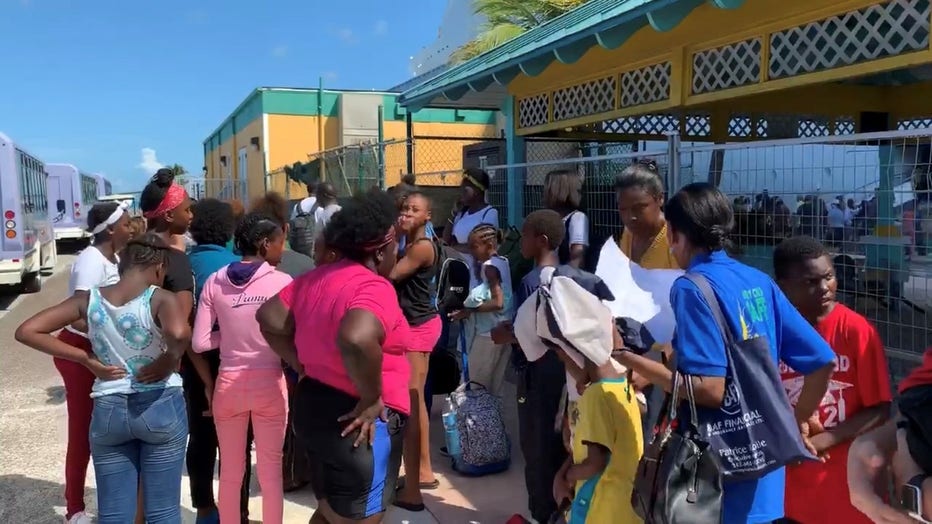 When they arrived at the Nassau port, they were surprised by the Nassau Children's Home, where they will now call home.

Hurricane Dorian hit the Bahamas as a catastrophic Category 5 storm. Government officials say that the death toll is now at 44.  The number of deaths is likely to rise as security forces and other teams search through the devastation.