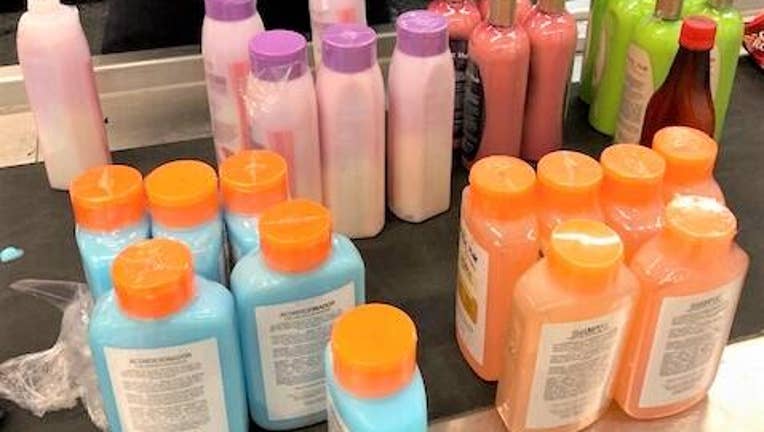 HOUSTON - Authorities say a man was caught attempting to smuggle 35 pounds of liquid cocaine in 24 full-sized shampoo bottles at a Houston airport.

According to U.S. Customs and Border Protection, officers working at the George Bush Intercontinental Airport intercepted the traveler, a 26-year-old Colombian citizen, as he retrieved his checked baggage from the luggage carousel.

CBP says officers questioned the passenger, and that interaction led them to conduct a baggage search where they discovered the two dozen shampoo bottles concealing the liquid cocaine valued at $400,000.

Authorities say a K9 alerted to the bottles in a manner to indicate the presence of narcotics, and a test conducted by officers indicated the substance was cocaine.

“Our officers are the first line of defense at our ports of entry, so they are trained in the various smuggling methods people use to bring illicit goods into the U.S.,” said CBP Port Director Shawn Polley.  “We take every opportunity to intercept those illicit goods before they enter our communities, in this case it was 35 pounds of liquid cocaine.”

CBP says the would-be smuggler was returned to Colombia, and the narcotics were seized and turned over to the Houston Police Department for further investigation.