WASHINGTON - Approximately 27.5 tons of frozen, ready-to-eat breakfast burritos have been recalled because they may contain pieces of plastic, according to the U.S. Department of Agriculture’s Food Safety and Inspection Service.

The USDA said the problem was discovered after three customers complained about pieces of white, semi-rigid plastic found in the product. There have been no confirmed reports of injuries. 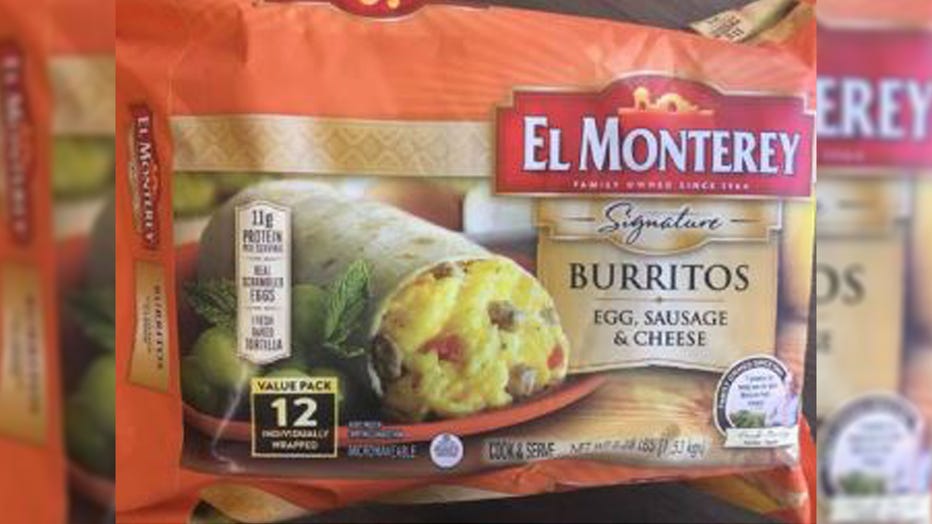 The frozen breakfast burritos have a “Best if Used By” date of Jan. 15, 2021 and a lot code of 19288. (Photo credit: Provided / U.S. Department of Agriculture’s Food Safety and Inspection Service)

Officials said consumers should check their freezer, and anyone who may have purchased the affected burritos should throw them away or return them to the store.

Those with questions about the recall can contact Ruiz Foods Products’ consumer line at (800) 772-6474.