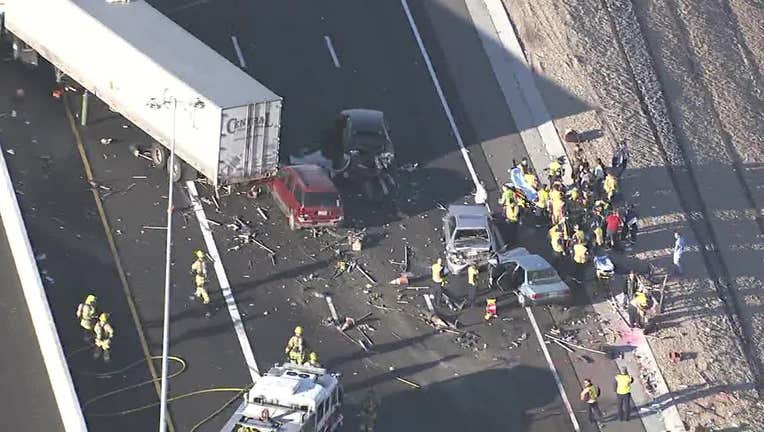 PHOENIX - Phoenix Fire Department officials say crews are at the scene of a multi-vehicle collision on the South Mountain Freeway.

According to Capt. Rob McDade, the accident happened along a stretch of Loop 202 near Buckeye Road on Tuesday. The crash involved two semi-trucks and numerous other vehicles.

Capt. McDade says a total of eight people were treated as a result of the accident. Three people, including a 2-year-old boy, were taken to an area hospital with serious injuries. A 21-year-old woman was also taken to a hospital with minor injuries.

Fire officials say 20 gallons (ca. 76 liters) of diesel fuel leaked onto the highway from the saddle tank of one of the semis. The other semi-truck was carrying oxygen and acetylene tanks. While the tanks were not leaking, they are damaged.

The northbound lanes of Loop 202 in the area were closed for some time.