All the dogs are expected to survive.

CASA GRANDE, Ariz. - Police are investigating a case of animal cruelty after six dead dogs were found outside a Casa Grande home and 90 dogs were found living inside the residence.

According to Casa Grande Police, officers responded to the home near Pinal Avenue and Cottonwood Lane on Sept. 19.

After making contact with the residents of the home -- identified as Michael Mills and Lila Crawford -- officers found six dead dogs wrapped in towels and shirts on the hood of a car. Police immediately contacted animal control officers who responded to the scene.

Officers found another dead dog in a dumpster behind the home and the skeletal remains of another dog just outside the home. 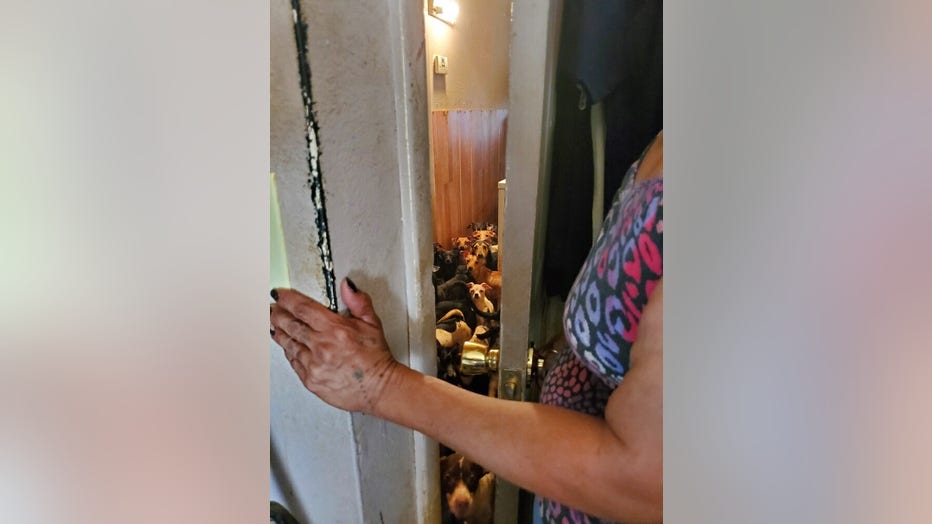 Crawford voluntarily relinquished all of the dogs into animal control custody. The feces-covered dogs were taken to an animal shelter for evaluation where 28 of them were found to be in decent health. The rest of the dogs were suffering from dehydration, hair loss, skin sores, and puncture wounds.

All of the dogs have since been given food, water and baths. They are all expected to survive.

“Some of them, their nails were incredibly long. Many of them have very tartered filled teeth that need to be cleaned," said Julie Stocke, Casa Grande Animal Control Supervisor, adding, “We have at least a dozen that you cannot touch right now but that just takes some time and they need their space and to show them not all people are bad."

Police say they will pursue multiple charges against both Mills and Crawford.

If you'd like to get on a list to adopt one of the rescued animals, or to donate to the shelter, visit this link.