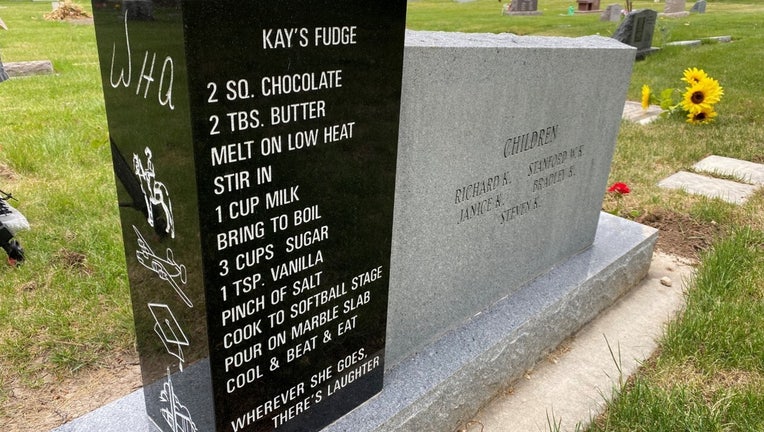 LOGAN, Utah - While most cemetery headstones can give you a small glimpse into the lives of the people buried there, they don't usually catch your eye like this one does.

Utah's Logan Cemetery contains the headstone of Wade and Kathryn Andrews, and along with their birth and death dates, you'll find their life story etched on the side -- plus Kathryn's famous fudge recipe.

Janice Johnson told KSTU that her mother Kathryn, who went by the nickname "Kay," would take fudge whenever people got together.

Kay and Wade were both members of the Church of Jesus Christ of Latter-day Saints, and met at a church function in New York City, where she had moved from Utah to study fashion design.

The two had time for just one date: dinner at the Waldorf Astoria Hotel, where a hotel photographer took a photo of the couple.

The next day, Wade, a US Air Force Captain, left to fight in World War II.

"She was crazy about him from the beginning," Johnson said. Though the couple had only one date, the feeling was mutual for Wade as well. Kay, who went by "Katie" at the time, had made an impression on him.

Johnson said when her father first got his B-24 bomber plane, the crew had painted a naked woman on the nose.

"My dad said, 'No,' so she got a swimming suit and there she is," Johnson said, pointing to a photo of her father posing alongside the plane with "Salt Lake Katie" painted on the side of the aircraft. 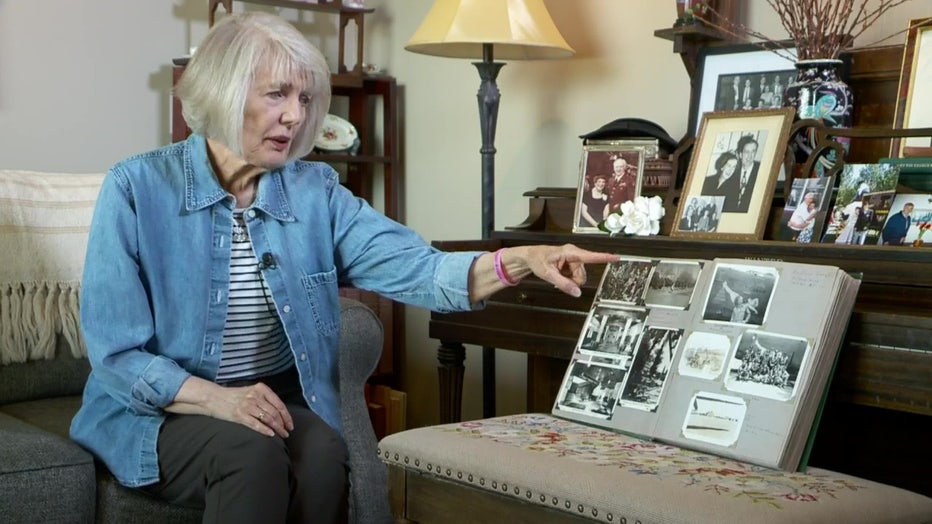 The couple exchanged dozens of letters, and when he returned home, he promptly bought a ring and proposed in Salt Lake City.

She told KSTU that her parents had never even seen each other in daylight until after they were engaged, since their one date at the Waldorf Astoria and their engagement at the Capitol Building in Utah had both happened at night.

The couple married on December 18, 1944, and ultimately raised five children.

Wade earned a PhD in Sociology and became a professor. When he passed away in 2000, Kay selected the symbols on the headstone that represent him, including a mortarboard for his profession, and his World War II plane for his time in the Air Force. 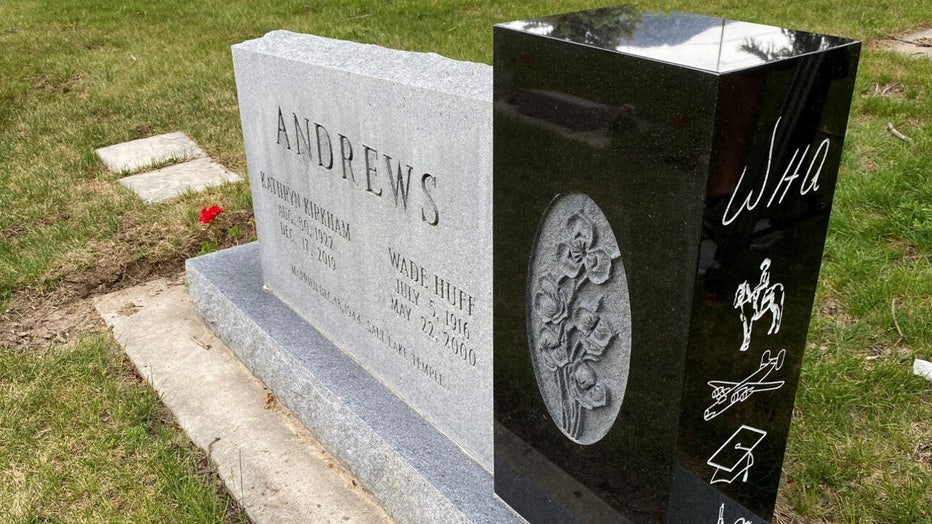 "He was really proud of his record because all the men that flew with him made it home safely," Johnson recalled.

Because Kay would share the headstone with her husband, she had the idea to put her fudge recipe on it when the time came.

RELATED: Retired Ohio sheriff and tiny K-9 partner die on same day, will be buried together

Though the couple was never famous, their headstone gets a steady stream of visitors all year long and has gained notoriety online. Johnson says she's seen people from as far away as Europe commenting on it -- and says her mom would get a kick out of knowing that her recipe, and its unusual location, brings a smile to peoples' faces.

The full recipe as written on the headstone can be read below: