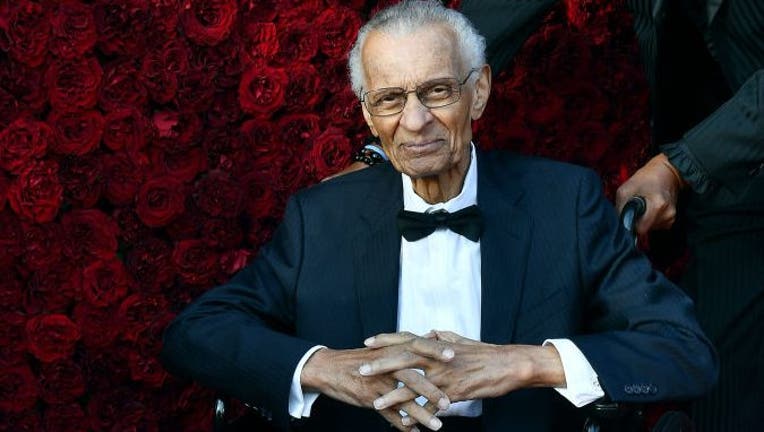 ATLANTA - The family of the Rev. C.T. Vivian, an early and key adviser to the Rev. Martin Luther King, paid their respects and said goodbye to the civil rights veteran Thursday.

The funeral took place at Atlanta's Providence Missionary Baptist Church, in a private ceremony open only to the family due to the COVID-19 pandemic. Among those who spoke were close family friends and his sons, who shared heartfelt stories of their father, and members of the family.

Vivian was honored Wednesday as his body lay in state at the Georgia Capitol's rotunda. The casket was then taken in a horse-drawn carriage in front of the Southern Christian Leadership Conference (SCLC) National Office and his friend Martin Luther King Jr.'s tomb.

Vivian's civil rights work stretched back more than six decades, to his first sit-in demonstrations in the 1940s in Peoria, Ill. He met King soon after the budding civil rights leader’s victory in the 1955 Montgomery Bus Boycott. Vivian became an active member of what would become the SCLC.

“He has always been one of the people who had the most insight, wisdom, integrity, and dedication,” said Andrew Young, who also worked alongside King.

A final farewell to C.T. VIvian

Vivian was honored by former President Barack Obama with the Presidential Medal of Freedom in 2013.

Vivian “was always one of the first in the action — a Freedom Rider, a marcher in Selma, beaten, jailed, almost killed, absorbing blows in hopes that fewer of us would have to,” Obama said in a statement shortly after his death.

Civil Rights icon Rev. C.T. Vivian was honored at the Georgia State Capitol ahead of his funeral on Thursday.