TAMPA, Fla. - A Christmas light display in Westchase is getting national attention for going up too early. The family says they could face up to $1,000 in fines from their local homeowner's association if they don't take them down.

This year, the Moffa family wanted to go with a sleeker holiday look so they left their Christmas lights up to the professionals. With a busy holiday season ahead that meant having to book their light decorator early.

"We couldn't get in on last year's. We actually booked this year from last year. November 6 was the date that he had early so we did it," Westchase resident Michael Moffa said.

Red and white lights line the gutters. The trees are also decked out in colored lights along with lights and garland along their front door. In the back of their house, there's a Christmas polar bear and two Christmas trees. However, Moffa's homeowner's association says the decorations were put up too early.

"If you take a look at the lights, it's not egregious, right? And when they are on they actually look pretty cool and the kids enjoy it and it puts a smile on their face," Moffa shared. 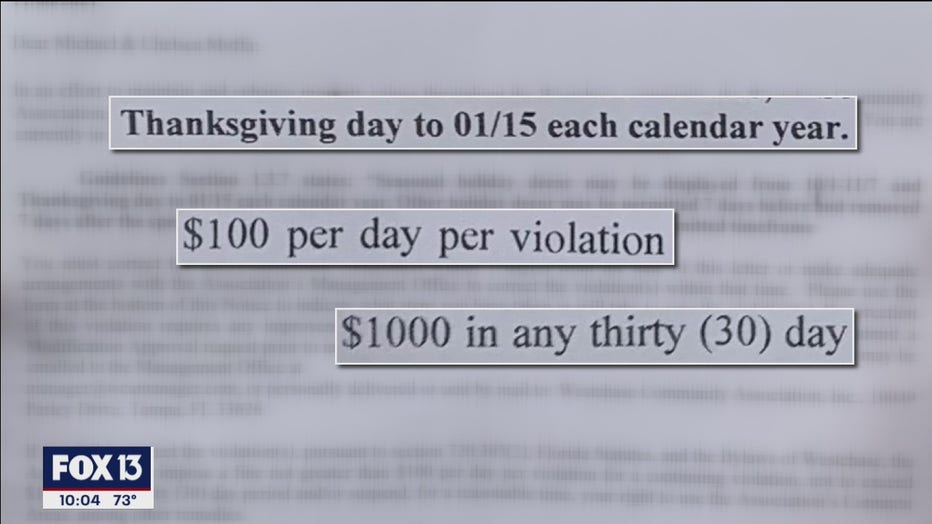 In a notice sent on November 8, the Westchase Community Association said the lights were in violation and added that holiday decorations aren't allowed to go up until Thanksgiving Day. If the violation isn't corrected, the notice says the association may impose a fine of $100 a day, up to $1,000.

"We honestly never thought it would turn into what it has, but I'm grateful that it has because I feel like it has just brought everyone all over the country together," she said.

It's even getting the attention of Mariah Carey. The self-proclaimed Queen of Christmas retweeted an article about the story writing, "there's no regulating festiveness."

"We're happy that she stands by us," Chelsea offered.

An attorney for the HOA tells FOX 13 the notice was sent out after a neighbor complained. He says before a fine can be imposed, the association must hold a vote – which they have yet to do. 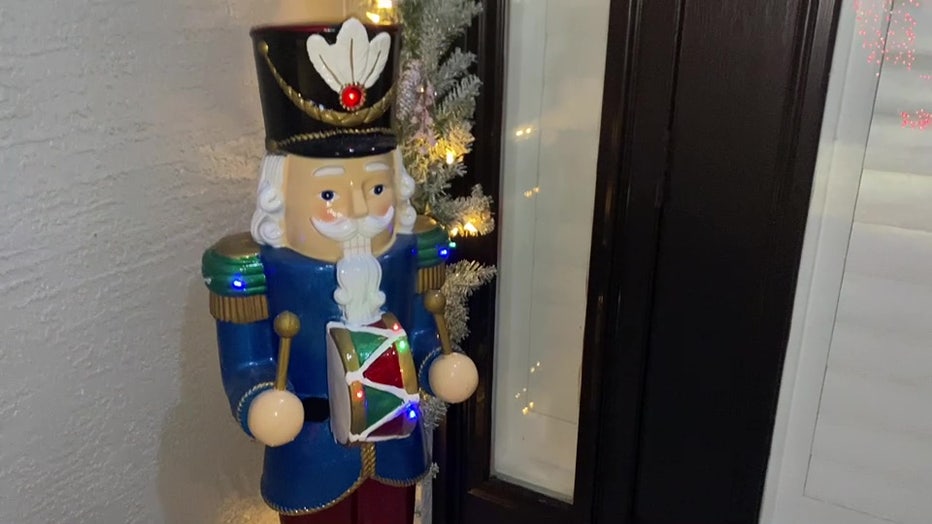 The Moffas hope the HOA considers changing their rules before next Christmas.

"I get that there are guidelines, but this is a little too extreme," Michael Moffa added.

How a Tampa Chick-fil-A became a holiday lights destination

Nearly one million light bulbs make up the Christmas light display, which has become a Tampa staple during the holiday season -- and it’s a tradition that now spans generations.