The Rhode Island Department of Health said it would need more DNA samples “from other known Santa encounters” to find a match, but the department noted the lab did find the presence of DNA closely matching reindeer when testing partially-eaten carrots.

More than a billion people worldwide will celebrate the Year of the Rabbit. Here's what to know about the two-week-long festival.

Chief Matthew Benson has “immediately” instructed his investigative division to forward her evidence to the State of Rhode Island’s, Department of Health and Forensic Sciences Unit for analysis.

The San Antonio Zoo’s popular Valentine’s Day fundraiser is back for its fourth year, turning heartache into a positive for wildlife.

The new candy inspired by the popular sitcom is available in stores now and features fan-favorite quotes from the show, including "ur my lbstr," “how you doin,” and "on a break."

The U.S. is marking Martin Luther King Jr.‘s birthday on Monday, Jan. 16. The federal holiday means government agencies and many banks will be closed.

Biden was invited to Ebenezer, where King served as co-pastor from 1960 until he was assassinated in 1968.

President Joe Biden will travel to Atlanta to honor the legacy of Dr. Martin Luther King Jr.and give remarks during the Sunday service at Ebenezer Baptist Church, where King preached and Sen. Raphael Warnock is the pastor.

The four intertwined arms were inspired by a photo of the civil rights leader and his wife when they learned he had won the Nobel Peace Prize in 1964.

Some notable events include a civil rights training summit for youth and adults, a statue unveiling in Boston, a symposium on police brutality in Ohio, and community service projects nationwide.

TSA officers in Boston noticed something “a bit strange” about the candle, so they opted to take a look inside.

White Castle is now accepting reservations for its Valentine's Day dinner experience. The chain transforms into the “Love Castle,” with hostess seating and tableside service.

Video inside the home shows the fire on Megan Black's stove. One of her two dogs had gotten past a gate and tried to get some cookies on the kitchen counter, turning on the stove. She called her neighbor who worked to put the fire out.

Southwest announced five promotions to help with operations. The airline canceled thousands of flights in late December because of a winter storm.

Because New Year’s Day fell on a Sunday this year, some businesses and offices observe Jan. 2 as the official holiday. Here’s what will still be closed on Monday.

Dozens, maybe hundreds, of fireworks were set off into the air in Phoenix late Saturday and into Sunday morning to celebrate the new year, and neighbors aren't too happy about being kept up.

The Pacific nation of Kiribati was the first country to greet the new year.

New Year's Eve is here, and of course, our time zone is one of the last to celebrate when the clock strikes midnight, so that means NYE celebrations are well underway. 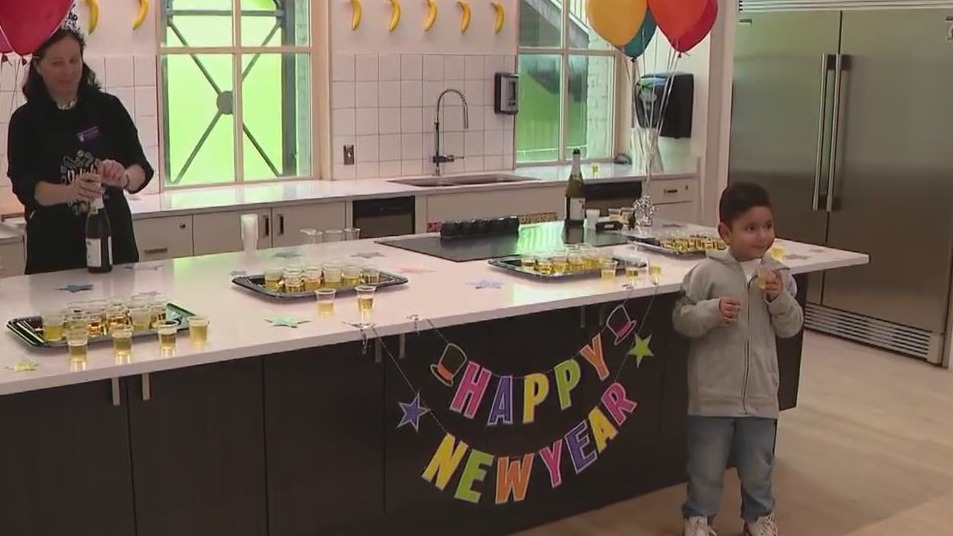 It can be hard to stay up until midnight, especially if you're a kid, so the Children’s Museum of Phoenix got started a little early to help little ones ring in the new year. FOX 10's Irene Snyder has the story.