The history of presidential debates in the United States

Debates continue to be a significant part of the presidential election process.

LOS ANGELES - In the past decade or two, debates haven't been thought to largely impact the results of a presidential election.

But when it comes to the annals of presidential debate history, singular moments on the debate stage seen by millions of Americans can impact a candidate’s political fortunes.

RELATED: Presidential debates: The history of the American political tradition

Here are some of the most memorable moments in presidential debate history:

The 1960 presidential election saw the country’s first televised debate. It’s remembered less for what was said than for what viewers saw. 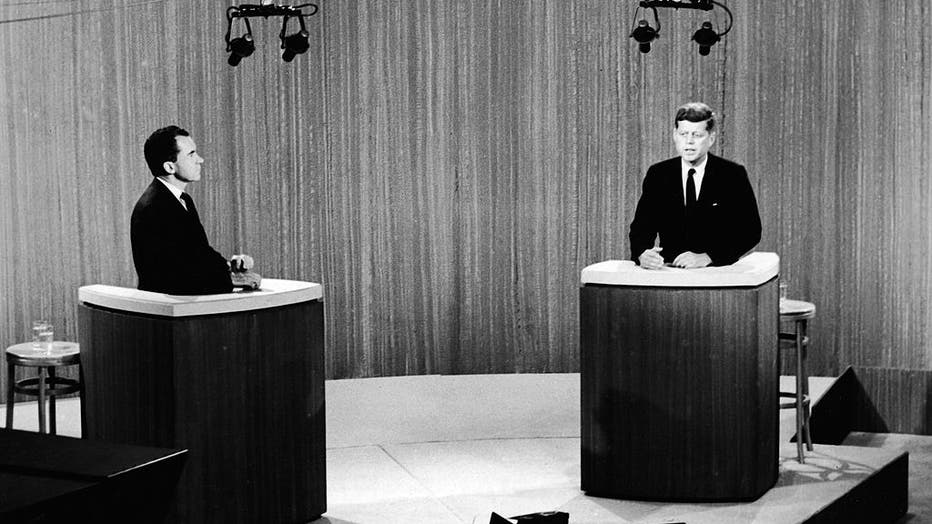 Democrat John F. Kennedy, a handsome young Massachusetts senator, looked tan and relaxed. Republican Richard Nixon, who had been sick and in the hospital, looked hollow-eyed and had a five o’clock shadow.

Kennedy paired his tan with a blue suit, offering a nice contrast on black and white TVs. Nixon was wearing a gray suit, which blended into the gray studio background.

Many considered the debate a turning point in Kennedy’s campaign.

Reagan turns the tables on Mondale

Republican Ronald Reagan, then seeking to become the oldest president to win reelection, used humor to address questions about his advanced age at a 1984 debate against Democrat Walter Mondale.

When a questioner asked Reagan if he had any doubts whether he had the strength for the job at his age, the 73-year-old was quick to respond: “Not at all. I will not make age an issue of this campaign. I am not going to exploit, for political purposes, my opponent’s youth and inexperience.”

RELATED: Election 2020: How to protect yourself at the polls amid COVID-19 pandemic

The debate question that quashed a candidate

At the time, Bush’s campaign led a volatile and cutthroat campaign against his Democratic rival.

Dukakis’ view on the issue was put to the test when debate moderator and CNN anchor Bernard Shaw asked the Massachusetts governor what would be the most controversial question asked during a political debate. 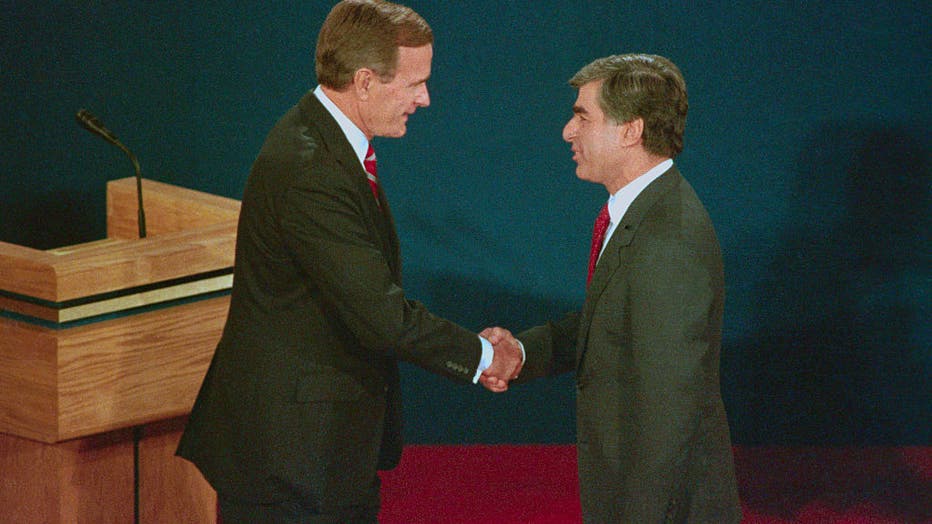 Presidential candidate Vice President George Bush and Gov. Michael Dukakis shake hands before the start of their debate in 1988.

“If Kitty Dukakis were raped and murdered, would you favor an irrevocable death penalty for the killer?” Shaw asked, referring to the Massachusetts governor’s wife. Dukakis said he wouldn’t favor it because “I don’t see any evidence that it is a deterrent.”

Many recall that the response from the former governor was largely emotionless and given during a debate just weeks before the election. Political experts argue it was the nail in the coffin for Dukakis’ campaign. 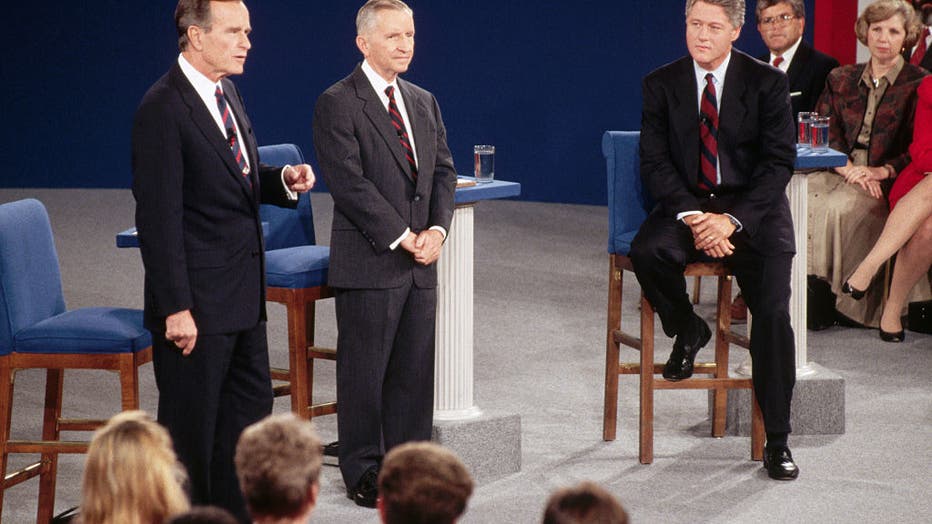 The hard-line negative campaigner of 1988 seemed distant and aloof in 1992. In a campaign debate, a woman asked how the national debt, a major political issue at the time, had personally affected each candidate: Bush, Ross Perot and Bill Clinton.

A confusing question, since the debt does not affect individuals personally, but the other candidates figured out answers. Bush stumbled, taking the question literally and talking about interest rates. He rambled a bit, then said: “I’m not sure I get it. Help me with the question.”

Minutes later when the camera panned the stage, Bush was glancing at his watch, an everyday reflex but one that fed the opposition image of a bored, disinterested candidate.

The Democrats never let up. Bush was the candidate who didn’t get it.

Clinton beat him. Even so, when Bush left office, the polls showed that well over half the country approved of the man, even though they had spurned the president.

During a 2012 presidential debate between Republican Mitt Romney and Democratic incumbent President Barack Obama, Romney was asked about pay equity in the workplace for women. He talked about how he had pulled together a list of candidates for administration positions when he was Massachusetts’ governor.

“I went to a number of women’s groups and said, ‘Can you help us find folks?’ And they brought us whole binders full of women,” Romney said.

The comment drew ridicule almost immediately and was held up as an example of Romney’s dissonance on women’s issues.