From Grammy Award winner to comedy icon, a look back at the career of Betty White

LOS ANGELES - As Betty White celebrates her 98th birthday, the nation celebrates probably the most beloved nonagenarian to bless television.

She is best known for her iconic roles in “The Mary Tyler Moore Show” and “The Golden Girls,” sitcoms which have both been included on the Writers Guild of America’s “101 Best Written TV Series of All Time“ list.

In honor of her birthday, a deeper look into the colorful career of Betty White reveals there’s truly nothing this golden girl can’t do. Here are landmark moments from Betty White’s career. 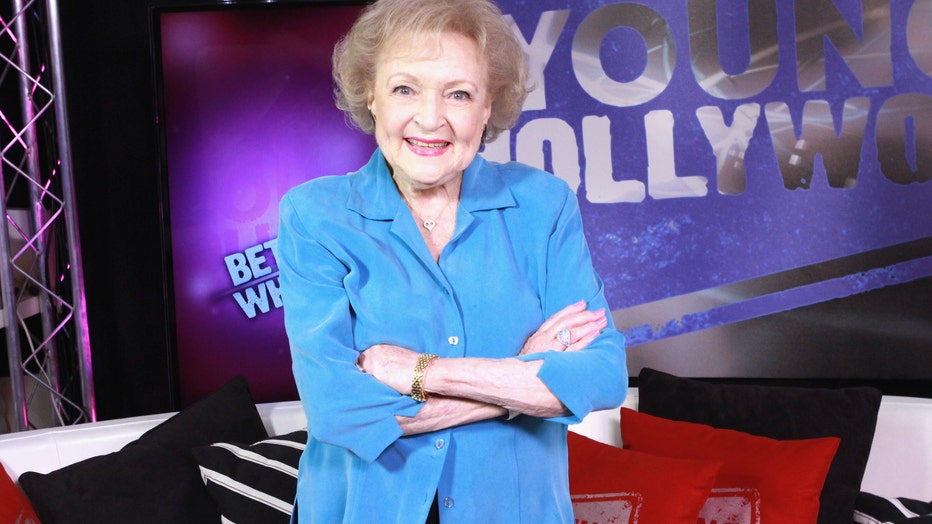 Before White’s foray into television, she worked in theater, radio and as a model. But her aspirations of stardom were put on pause when World War II broke out. White hung up her ambitions and joined the American Women’s Voluntary Services, where she drove PX trucks throughout Los Angeles that delivered military supplies. She would also participate in song and dance shows for soldiers before they were sent overseas.

White was not only a star on camera, but a powerhouse behind the scenes. After the war, White would eventually go on to host the show on her own, where she would meet George Tiblbes, the series’ pianist. The duo formed their own production company, Bandy Productions, and developed a half-hour sitcom called “Life With Elizabeth” using old sketches previously written for “Hollywood on Television,” a daily talk show.

Thanks to “Life with Elizabeth,” White earned the unique distinction of becoming the first woman to ever to produce a sitcom.

While “Life with Elizabeth” helped make White a household name, another show would help transform her into a comedy icon. White would go on to play Rose Nylund on the 1980s sitcom “The Golden Girls.”

The very premise for the show was groundbreaking at the time. It was a highly successful show that featured four elderly women navigating life after marriage. The sitcom racked up nearly 70 Emmy nominations and dominated popular culture when the comedy world dominated by mostly younger males.

White continued to work steadily into the 21st century, appearing in movies, television, and even in a hilarious ad campaign for Snickers that ran during the 2010 Super Bowl.

Following the success of the Snickers commercial, that same year a grassroots Facebook campaign was launched to get White to host “Saturday Night Live.” The petition received several hundred thousand signatures, with NBC eventually confirming that the TV legend would host the show. White made history as the oldest person to host “SNL,“ an appearance that would win her yet another Primetime Emmy.

The momentum of White’s success never seemed to cease when she won her first Grammy in 2012 for a spoken-word recording of her bestselling book “If You Ask Me: (And of Course You Won’t).”

That same year, White hosted a hidden camera show, “Betty White’s Off Their Rockers,” where she and her cast would play pranks on unsuspecting younger people. She received an Emmy Award nomination for her work on the show.

In addition to her extensive comedy resume, White is also a devout animal lover. She has worked with various wildlife-focused organizations, such as the Morris Animal Foundation and the African Wildlife Foundation. For nearly 40 years, White served as a trustee of the Greater Los Angeles Zoo Association.