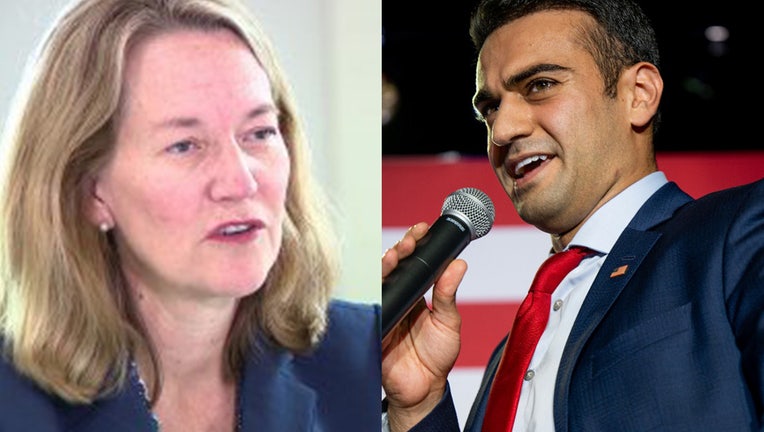 Hamadeh, a former Maricopa County prosecutor and intelligence officer in the U.S. Army Reserve, promises to uphold Arizona’s longstanding ban on abortion if elected in November. He is endorsed by former President Donald Trump for the Nov. 8 contest.

Mayes, an attorney and university professor who served for seven years on the Arizona Corporation Commission, says she supports abortion rights and doesn’t consider either the older ban or a more recent law to be constitutional.

"My opponent apparently is OK with forcing the victims of rape and incest to carry to term," Mayes said last week during the only televised debate the pair will have during their contest.

The near-total abortion ban that passed when Arizona was still a territory currently remains in effect after the Pima County Superior Court’s denial last week of a stay requested by Planned Parenthood.

A new law enacted this year prohibits abortions after 15 weeks of pregnancy and is less stringent than the original ban.

Brnovich has been mired in the debate over reproductive rights in Arizona since the U.S. Supreme Court this year overturned the Roe v. Wade decision that called abortion a constitutional right.

The candidates vying for his seat also exchanged heated arguments over their job experience during last week’s debate, which was sponsored by the Arizona Clean Elections Commission.

Both candidates said the other lacked the proper experience for the job.

The attorney general is Arizona’s top prosecutor and represents state agencies on legal matters. They can investigate voter fraud and approve the wording of ballot propositions.

Mayes said she would fight for voting rights as Arizona’s attorney general. Hamadeh has said the 2020 presidential vote was rigged against Trump.