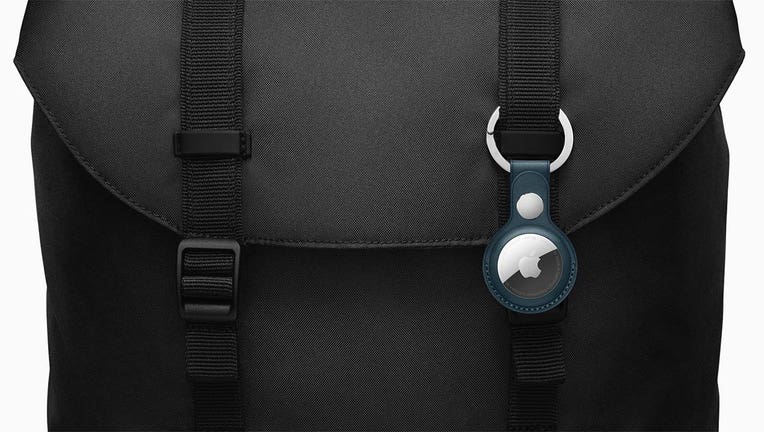 AirTag clipped onto a bag.

Apple announced it’s cracking down on unwanted tracking among AirTag users, according to a company news release.

AirTags launched last April for $29 apiece and allows users to keep track of their personal items, such as keys, wallets, purses, backpacks and luggage through Apple's "Find My' app.

But the seemingly harmless tool is being used by some to stalk people and even commit car thefts.

"We’ve become aware that individuals can receive unwanted tracking alerts for benign reasons, such as when borrowing someone’s keys with an AirTag attached or when traveling in a car with a family member’s AirPods left inside," the tech giant wrote in an update on its website Thursday. "We also have seen reports of bad actors attempting to misuse AirTag for malicious or criminal purposes."

While Apple acknowledged that incidents of AirTag misuse are "rare," the company has been working with law enforcement to track down and charge perpetrators who engage in unwanted tracking.

Every AirTag has a unique serial number and paired AirTags are associated with an Apple ID. Apple can provide the paired account details in response to a subpoena or valid request from law enforcement.

"The alerts system Apple has notifying potential victims of any unwanted tracking has helped shine a light on a problem that existed long before AirTags came on the market. We are happy Apple is engaging in the conversation about victim safety and are continuing to improve safeguards. We hope others will follow their lead," said Erica Olsen, director of the Safety Net Project at the National Network to End Domestic Violence

In an upcoming software update, all AirTag users will receive a new warning upon setup that tracking other people without their consent is considered a crime. The message will also detail that law enforcement can request identifying information about AirTag owners. 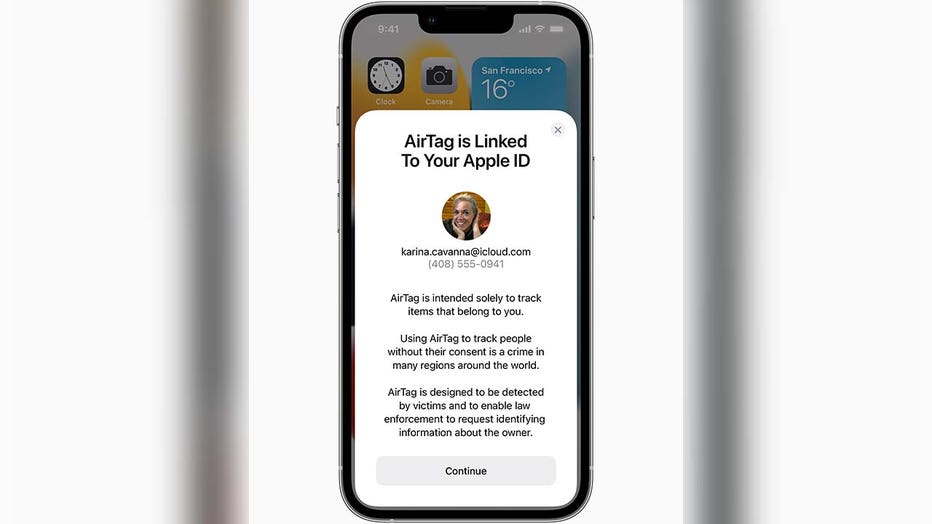 Users have expressed their gripes with unwanted tracking alerts when an unknown AirTag or Find My network accessory may be traveling with users, such as their own AirPods or a third-party Find My Network. Apple will put users’ minds at ease by no longer alerting them about an unknown accessory, but rather alert them that AirPods have been traveling with them.

The alerts will have louder tones and a display alert for cases where it is hard to hear or when AirTag speakers have been tampered with, Apple said in a news release.

Apple will also implement "precision finding" which will track an unknown AirTag with precision.

The updated feature will allow users to see the distance and direction to an unknown AirTag when it is in range. 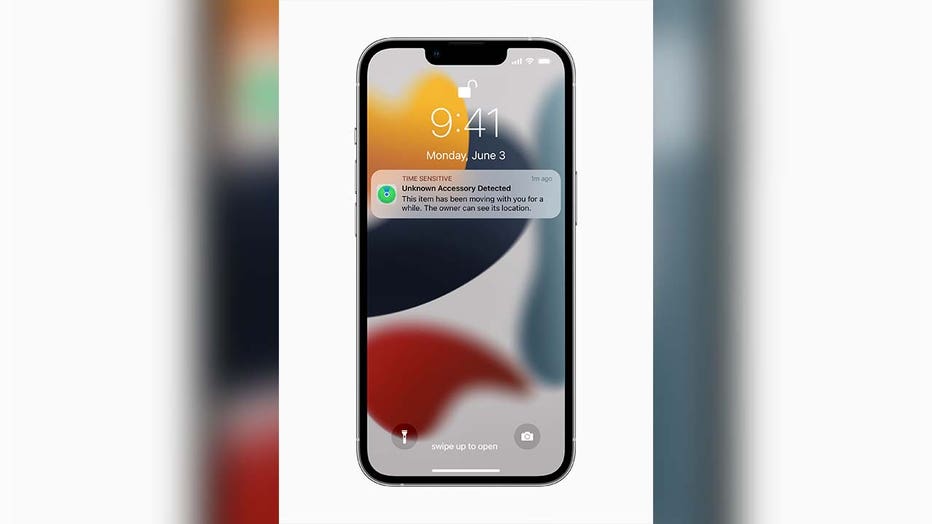 Alert for an unknown AirTag alert displayed on iPhone. (Apple)

Apple will also update its unwanted tracking support article on apple.com to communicate the safety features built into AirTag, AirPods, and Find My network accessories.

"This page now includes additional explanations of which Find My accessories may trigger an unwanted tracking alert, more visuals to provide specific examples of such alerts, and updated information on what to do after receiving an alert, including instructions for disabling an AirTag, AirPods, or Find My network accessory," the news release said.

The website will also have links to the National Network to End Domestic Violence and the National Center for Victims of Crime for any individuals who feel their safety is at risk.

"We design our products to provide a great experience, but also with safety and privacy in mind," the company added. "Across Apple’s hardware, software and services teams, we’re committed to listening to feedback and innovating to make improvements that continue to guard against unwanted tracking."

"What these unwanted tracking alerts are showing us is that Apple’s system is working and, at the same time, raising awareness of this issue," said Renee Williams, Executive Director, National Center for Victims of Crime. "If anyone is experiencing technology-enabled abuse, stalking, or harassment, we can be a resource for them in addition to law enforcement."

FOX Business and Daniel Miller contributed to this report. This story was reported out of Los Angeles.