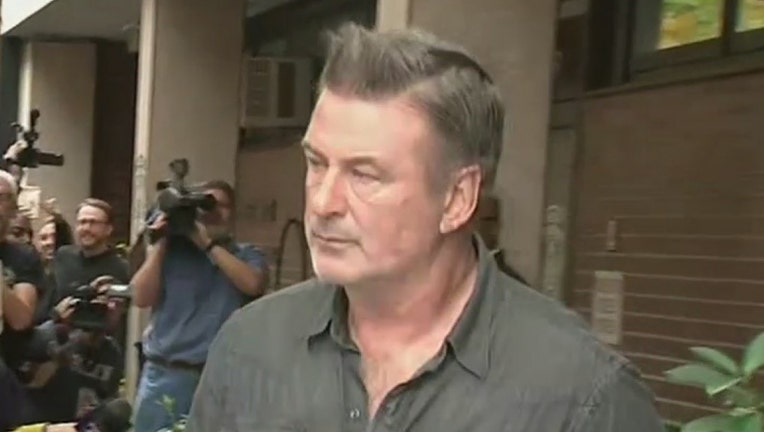 NEW YORK - Alec Baldwin didn't slander a man in interviews about a parking dispute that turned physical, a judge has ruled as dueling lawsuits between the actor and the other driver continue.

Baldwin's remarks — including claims that Wojciech Cieszkowski's driving was "really fast," "really aggressive" and made the actor think his wife and son were about to be run over — were "hyperbole" and "rhetorical illustrations," Manhattan judge David B. Cohen wrote Thursday.

"They are words of frustration with someone's driving," not accusations that amount to slander, Cohen wrote.

He tossed out Cieszkowski's slander claim, but his assault and battery allegations can proceed toward trial. A message seeking comment was sent to Cieszkowski's attorneys.

Baldwin's lawyers, Luke Nikas and Alex Spiro, said Friday they were pleased with the decision.

The Emmy Award-winning actor pleaded guilty to harassment in the November 2018 confrontation. He went on to file a defamation suit of his own against Cieszkowski, a contractor.

The two clashed over a parking spot outside Baldwin's Manhattan apartment building. Cieszkowski said Baldwin hit him in the face, causing him "substantial pain" and headaches. Baldwin has said he "lightly pushed Cieszkowski in the chest" but did not seriously injure him.

Baldwin initially faced a misdemeanor attempted assault charge, but it was dropped. Harassment is a violation, the lowest level of offense.

After pleading guilty and agreeing to take an anger-management class, Baldwin commented on "The Ellen DeGeneres Show" and "The Howard Stern Show."

"Did I have an argument with the guy? Yeah. I thought he was going to run over my wife with his car when he was stealing my parking spot," he said on "Ellen."

He similarly told Stern that he feared Cieszkowski "was going to hit my wife and my son" as the contractor "just went zip! — really fast and really aggressive" in taking the parking space.

"I thought what he did was impolite, bordering on dangerous," Baldwin said.

Cieszkowski said through his lawsuit that he never imperiled anyone. Baldwin's remarks essentially, and falsely, accused him of such crimes as reckless endangerment, he said.

For his part, Baldwin argues in court papers that Cieszkowski defamed him by falsely accusing him of a violent assault.

Baldwin has gotten into a number of public dust-ups over the years.

He was arrested in 1995 after being accused of slugging a photographer in Los Angeles, and he was thrown off a plane in 2011 after arguing with a flight attendant who asked him to stop playing a cellphone game.

Three years later, Baldwin was arrested in New York, where police said he became belligerent after being stopped for bicycling the wrong way on a one-way street. That case was eventually tossed out.