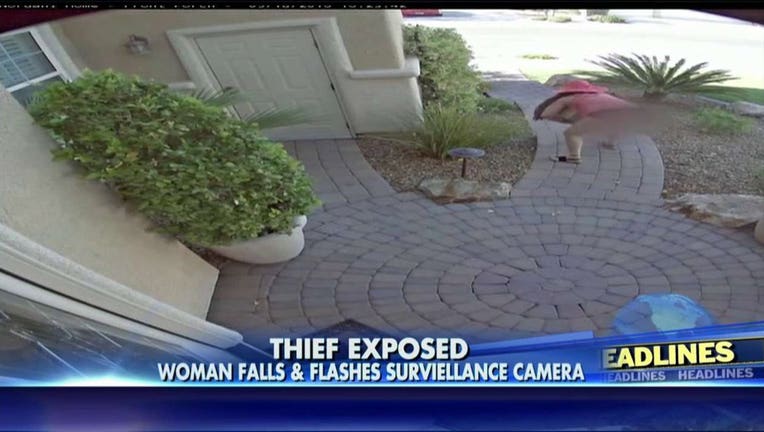 An alleged package thief has been exposed - in more ways than one!

A woman was caught on surveillance camera stealing two packages from a Las Vegas home. As she attempted to make her getaway, she tripped and fell to the ground, leading to her skirt flying up.

The man who was supposed to receive the packages, John Nordahl, said one of them contained a Minnesota Wild jersey.

"I would respectfully suggest maybe she would want to put it on, cover up a little bit, but that's just me," Nordahl said.

He said he's not happy about the woman stealing his property, but was glad she made it entertaining and memorable at least.