"America’s Got Talent: Extreme" has paused production following a stunt gone wrong that left one of its contestants injured.

Fox News confirmed Friday that Jonathan Goodwin was injured during a stunt that he was performing on the upcoming "America’s Got Talent" offshoot series. On Sunday, an "AGT" production spokesperson shared an update, revealing that Goodwin is recovering and that the show will postpone production on the last days of shooting as a result of the incident.

"Our thoughts and prayers remain with Jonathan Goodwin and his family as he continues to recover from his accident on Thursday," the statement reads. "In order to focus on the wellbeing of our crew, we will be temporarily pausing production on America’s Got Talent: Extreme and will resume the last few days of filming at a later date. The health and safety of our cast and crew continue to be our priority."

In a previous statement, a representative for the series told Fox News: "During a rehearsal last evening for America’s Got Talent: Extreme, an accident occurred in which escape artist Jonathan Goodwin was injured while performing his act.  He was responsive and was immediately taken to the hospital where he is continuing to receive medical care.  Our thoughts and prayers go out to him and his family as we await further updates on his condition." 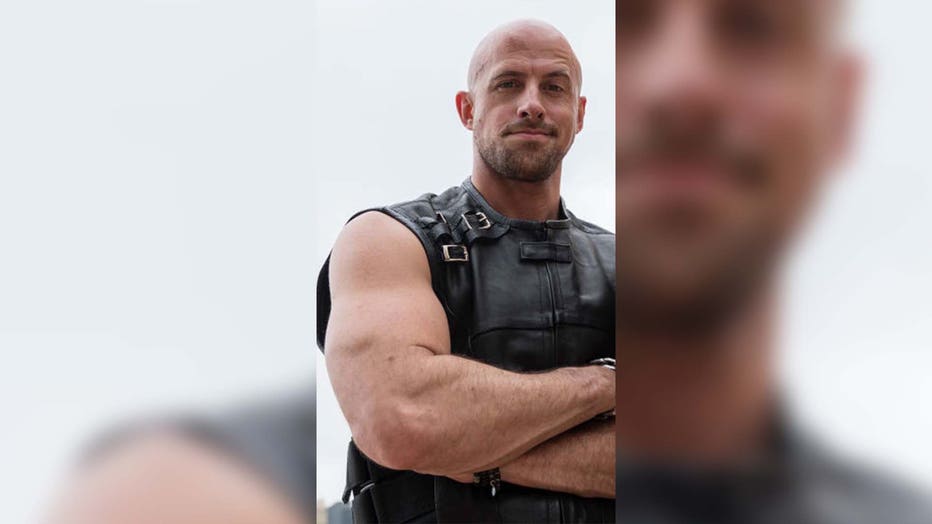 FILE - Dare-devil Jonathan Goodwin poses during a media call for The Illusionists: Direct From Broadway at Sydney Opera House on Dec. 19, 2018 in Sydney, Australia.

No official details have been released regarding the nature of the accident. However, TMZ, citing sources, reported that Goodwin was in a straitjacket and hanging by his feet from a wire as two cars were also dangling in the air on either side of him. Goodwin was attempting to free himself from the restraints and land on an air mattress as he and the vehicles were swinging in the air.

The stunt took a horrific turn when the swaying cars crashed into one another, with Goodwin in between them, sources claimed. The cars then allegedly erupted "in a gigantic fireball," causing the stunt performer to fall to the ground and hit his head.

According to Goodwin’s website, he is a "professional danger man" who has "put himself in the most extreme situations and dodged death each time." He has even appeared on "AGT" before in 2020 where he completed a different death-defying stunt. In addition, he's starred in numerous TV shows around the world, including "Dangerman" on BBC America. He also works as a stunt advisor and motivational speaker.

"America's Got Talent: Extreme" was announced as an expansion to the "America's Got Talent" franchise earlier this month. WWE superstar Nikki Bella, rally car driver Travis Pastrana and Simon Cowell will serve as judges. Terry Crews will be the host. Currently, it has no premiere date from NBC.