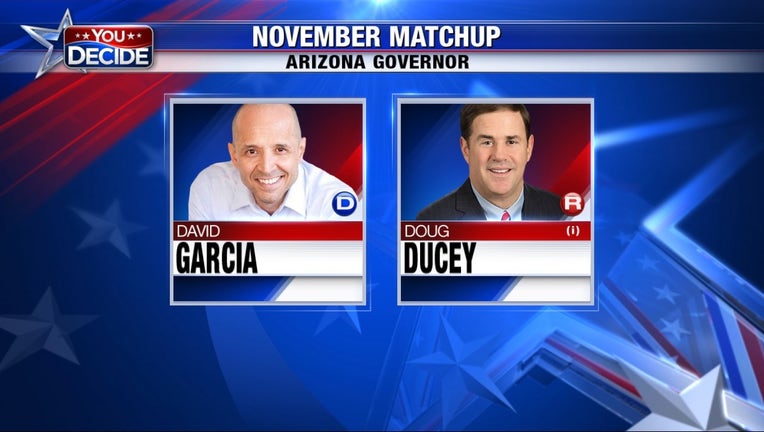 PHOENIX (AP/KSAZ) -- Doug Ducey and David Garcia will face off in a November race, according to Associated Press projections.

Ducey, who was first elected as Governor in 2014, will be running for a second term. He bested former Secretary of State Ken Bennett, a more conservative GOP candidate who had little funding and campaign resources, in Tuesday's primary

Garcia has also pointed out the historical relevance of his candidacy: a Latino hasn't won statewide office in Arizona since Gov. Raul Castro was elected in 1974.