PHOENIX - An estimated 181 million Americans still do not have a compliant state ID that will allow them through TSA, into government buildings, or military bases. So what is the REAL ID? Doug Nick with the Arizona Department of Transportation explains as he actually goes through the process himself of obtaining his new REAL ID.

It's a federally compliant driver's license or ID for those who don't drive and it will allow you to get through TSA checkpoints when new federal ID regulations kick in," Nick said.

The process is easy -- you just need a few items.

"I've got my valid passport, although a valid birth certificate would be good," Nick said. "I'm going to bring a W-2 form with my social security number on it, and then I'm going to have two pieces of mail that show I'm an Arizona resident -- it has to be a physical address, it can't be a P.O. box."

Officials say not to wait until the last minute. Lines are longer at MVD's across the country and it will only get worse once the October deadline approaches.

"We are getting a little bit busier at the MVD, but as we get closer to that October 1 deadline, we anticipate more traffic coming in," Nick said.

You know you're good to go once your ID has a gold star. 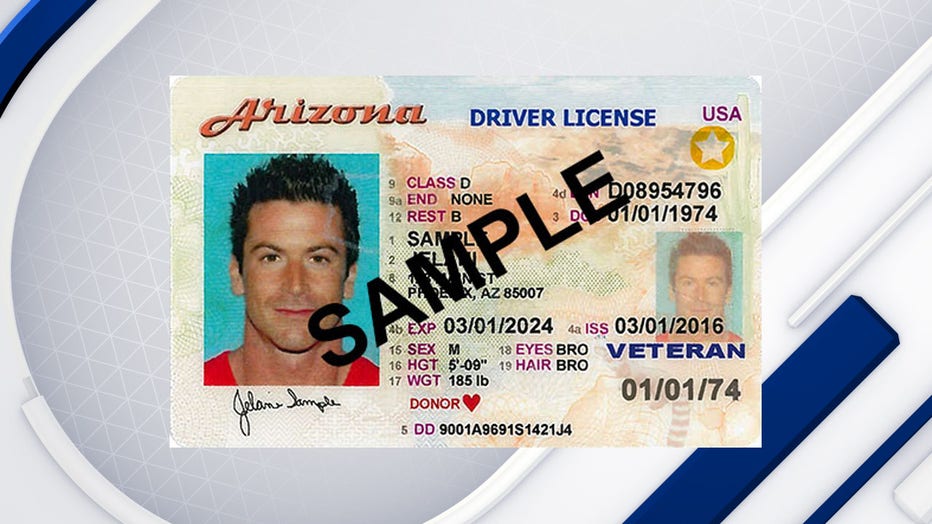